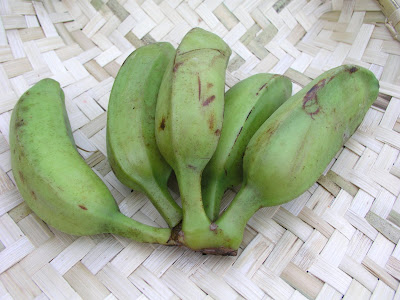 Valaikai as a vegetable is very popular in the south and there are a whole bunch of recipes that can be made with it. Most popular ones are Chips, Curry,Baji, Roast and Podi mas.Valaika Moru moru is something my cousins wife Renu used to make for us. It was almost like chips but in a cube form and tasted heavenly when deep fried and served. The day before yesterday, I brought some Valaikai from Ker, our Indian store in San Diego and left them in my car trunk. When I reached home I got busy with my daughter and totally forgot to remove then. Last night when I was thinking about dinner plans, I remembered the poor veggie that had been out in the car. I decided to make Valaikai Moru Moru and instead of deep frying I opted as usual for broiling them. They came out crunchy and my daughter and I munched away. When offered to my husband he said that it was the same old roast and expected something creative with it. I took this very traditional veggie and made it into a salad. It turned out better than I expected. 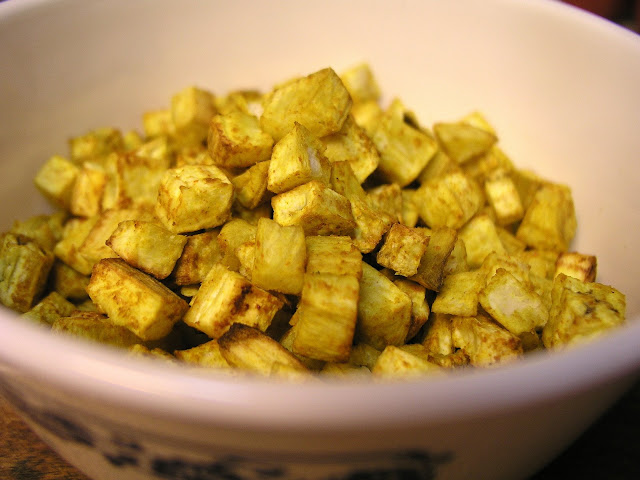 Valaikai - 5 peeled and cut into cubes

Salt
Chaat Masala - as per taste 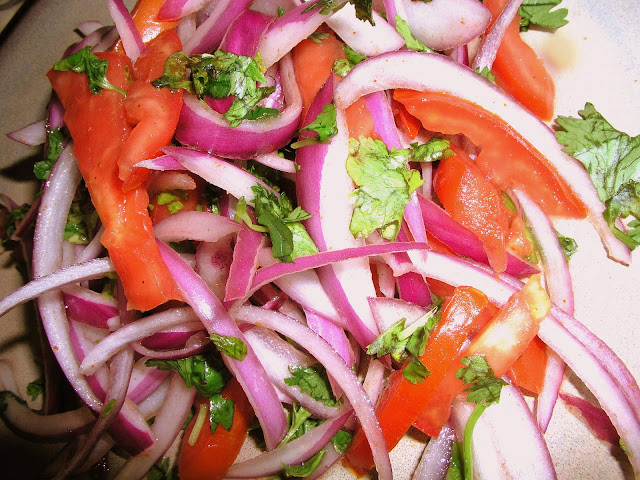 3. Spread them on the baking tray and broil it for 10 minutes. Remove and mix them well and put them back for 3 more minutes.


4. In the meantime, cut onions, tomatoes (remove seeds), cilantro, green chillis and mix them in a bowl.

5. Remove the Valaikai and toss it with the veggies. Sprinkle some chaat masala, salt, chilli powder and half a lime juice over it. Garnish with peanuts. Toss and serve immediately. 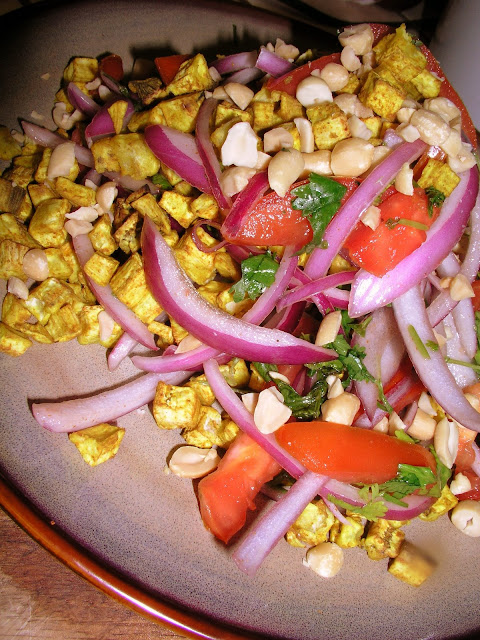