Ganesh Chathurthi is very popularly celebrated all over India to mark the birth of Ganesha, the son of Hindu deities Shiva and Parvati. He is regarded as one who remove obstacles, gives wisdom and wealth and enjoys comfort,luxuries and delicious food. Ganesha is very happy and fun loving by nature and would answer any ones call when invited with love and devotion. On his birthday modhakum/kozhakatai/dumplings are offered to him. Myth has it that his greatest weakness is modhakum which he loves to feast on and hence would grant any wish when it is offered to him.


But there is more significance to making modhakum. Modhakum is made from rice flour, coconut and jaggery. Both rice flour and coconut are white in color which signifies purity. Jaggery, the sweet gives joy to everyone. This implies that when one is pure in mind and soul it would lead to moksha, the ultimate and sweetest of joys. The sweet modhakum is shaped like Ganesha's s belly with a pointed top and is believed that he would ascend on this shape and form when offered this modhakum and grant ones wishes.
My entry to Krishna and Ganesh Chathurthi festival event hosted by Purva's Daawat and to Paajaka for Sweet series event. 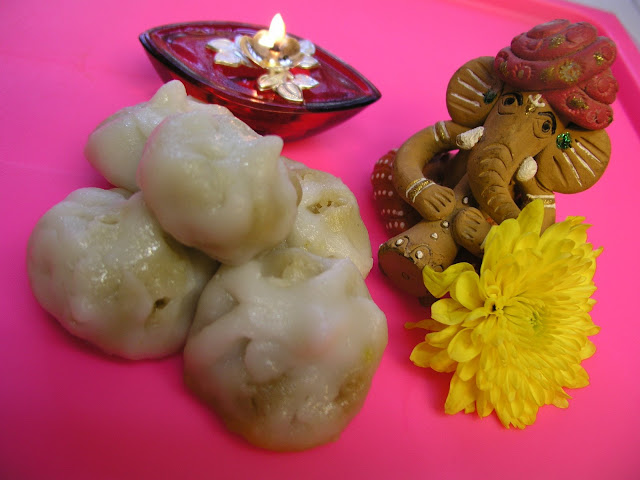 1. Boil the water in the saucepan. Add Salt and oil to it.

2. When the water boils add 1 cup of rice flour and mix it as fast as you can and cover it with a lid and remove from flame.

3. When you open it after 5 minutes the rice four would have gone from pure white to a pale white color. 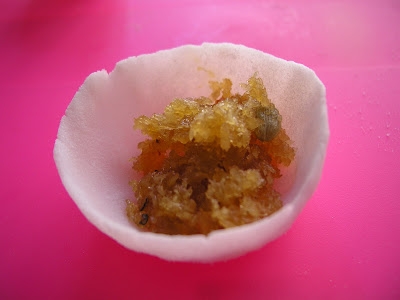 1. Get Jaggery into a powdered form by using a serrated knife and slicing the jaggery ball.


2. Add jaggery in the wok, sprinkle some water and allow it to melt. Then filter the sediments in the bottom.

3. Heat the wok and add the coconut and mix it with the jaggery allow it to cook on medium flame.

4. When the jaggery and coconut come together add saffron and cardamon powder.


5. Allow it to cool before making modhakum.

How to make Sweet Modhakum: 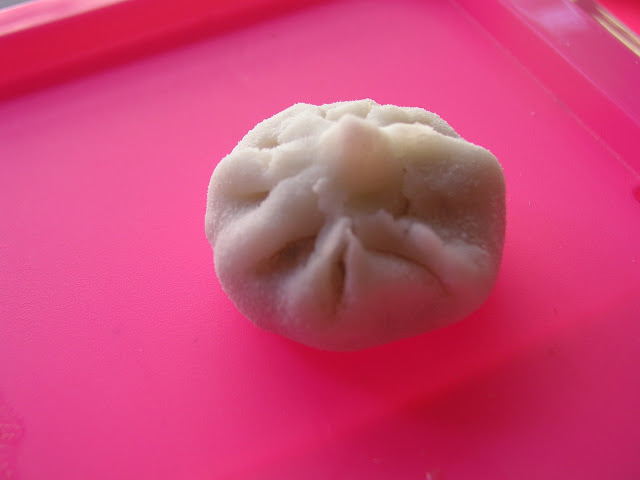 1. Take a few tsp of oil in a plate and apply it in both your palms.

2. Take a quarter size modhakum dough and roll it in between your palm and make them soft. 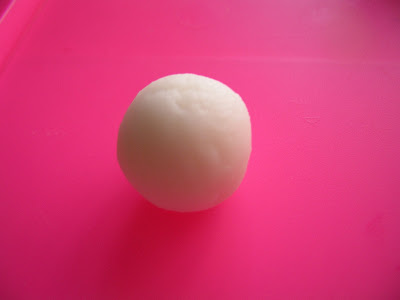 3. Make it into a ball. Dab some rice flour in your fingers and start to make a cup shape with the dough. 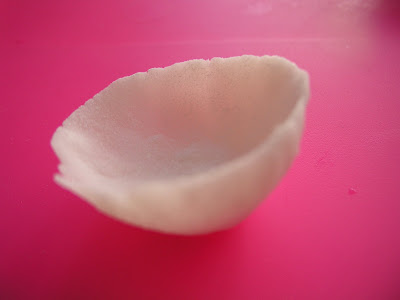 4. The cup should be made thin and the flour has to be distributed evenly.

5. Fill in 1 tsp of the coconut filling/poornum and gather the mouth of the cup and bring them together and press to seal the filling. Place these modhakums on the idli plate and stack up. 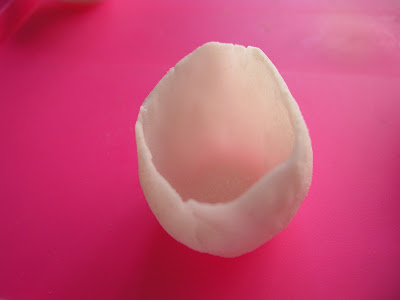 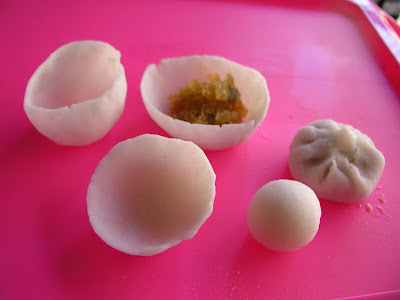 7. Remove and offer them to Ganesh and he would grant your wishes. 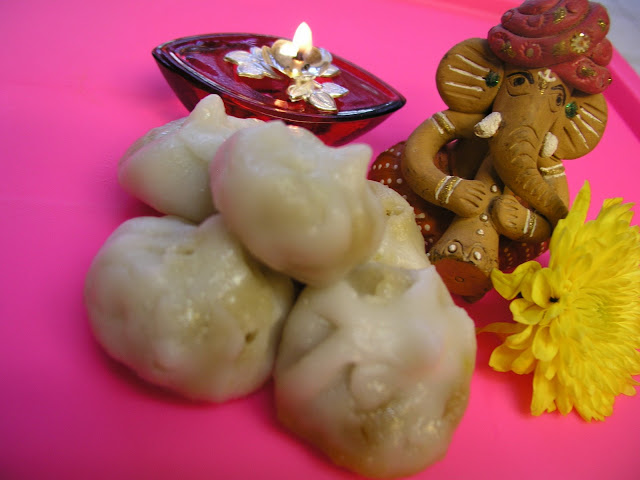