This month I joined a couple of my fellow bloger's and friends in the event "This book makes me cook". An event where we decide on a book and each of us would blog about the food the book inspired us to cook.The book that was chosen for September was any of J.K.Rowling's Harry Potter books. Among the 7 I found a couple of them that were good and kept me engaged. However, I am very partial to Harry Potter and the Sorcerer's Stone because of the way the story unfolded. The railway station and journey through the nine and nine and 3/4 platform to board Hogwrats Express, the Diagon Alley, the adventures with the magical cloak were all very interesting. If Enid Blyton wrote about girls(Muggles) in boarding school, Harry Potter was about wizards in boarding school, so feasts were very common.

Page 203 from Harry Potter and the Sorcerer's Stone:

Harry had never in all his life had such a Christmas dinner. a hundred fat, roast turkeys; mountains of roast and boiled potatoes; platters of chipolatas; tureens of buttered peas, silver boats of thick , rich gravy and cranberry sauce - and stacks of wizard crackers every few feet along the table. These fantastic party favors were nothing like the feeble Muggle ones the Dursley's usually bought, with their little plastic toys and their flimsy paper hats inside. Harry pulled a wizard cracker with Fred and it didn't just bang, it went off with a blast like a cannon and engulfed them all in a cloud of blue smoke, while from the inside exploded a rear admiral's hat and several live, white mice. Up at the High Table, Dumbledore had swapped his pointed wizard's hat for a flowered bonnet, and was chuckling merrily at a joke Professor Flitwick had just read him.

Flamming Christmas pudding followed the turkey. Percy nearly broke his teeth on a silver embedded in his slice....

Christmas pudding! wow! looks like forever I have read about the pudding and never have tried one. I don't remember seeing one in the local stores so I decided to make my own. I had to look for recipes and even look at pictures to figure out they looked. Then I referred to Nigella Lawsons recipe and adapted her version. However, I did not use a whole lot of rum or the vodka because my daughter was in charge of mixing it up. I liked what I tasted in the end, and was thrilled that I could make something moist and in the cake form without the oven. 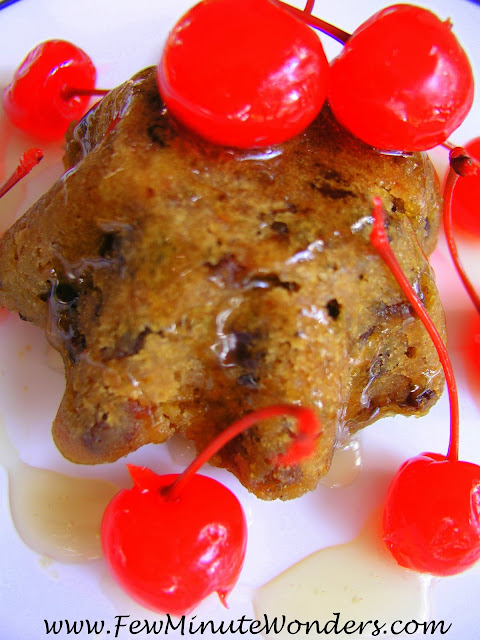 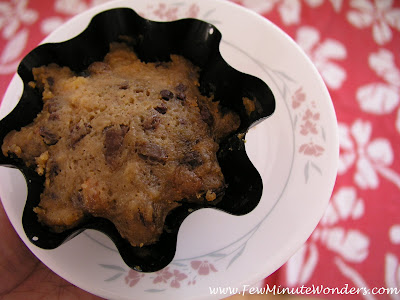 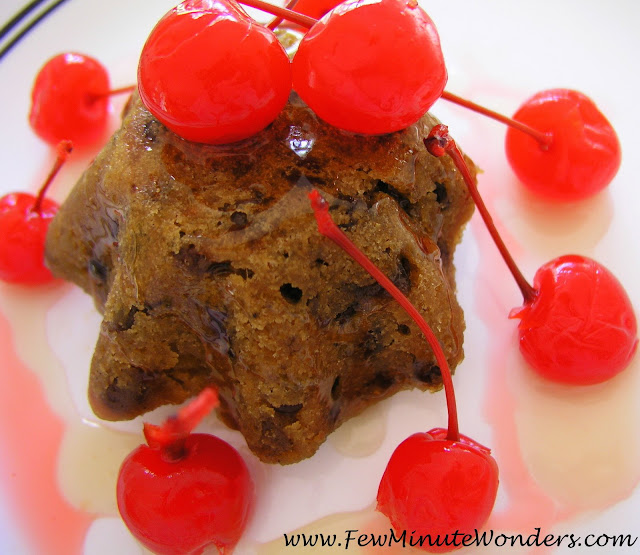 1. Mix all the dry fruits and soak in orange juice for 30 minutes.

2. Mix the rest of the ingredients in it and spoon them into the 4 moulds or cups and place in idli plates.

3. Pour about 3 cups of water in your rice cooker and place the idli plates in it and cover and cook for 45 - 60 minutes.

4. Remove and pudding from the bowl and serve it hot or cold with cherries.

Note: I did not add vodka over this pudding and do some flamming because I wanted to avoid vodka for my 4 yr old.