Panini sandwiches are what  I order when we eat out. I am not a big fan of non stick pans or appliances. But during the Thanks giving sale my sister influenced me to check out the panini maker and I decided to buy one after all. Ever since it had entered my kitchen, I have been making full use of the panini maker. I have been making so many variations  of the panini sandwiches the last few months. My favorite is the recipe posted below. Just a bunch of vegetables, cheese and spread on a tortilla. I found I love the way it toasts the tortilla, making it crunchy and light. If I am not in the mood to cook something major, I am very happy to settle for these pesto tortillas. In fact, I look forward to it when its cold. 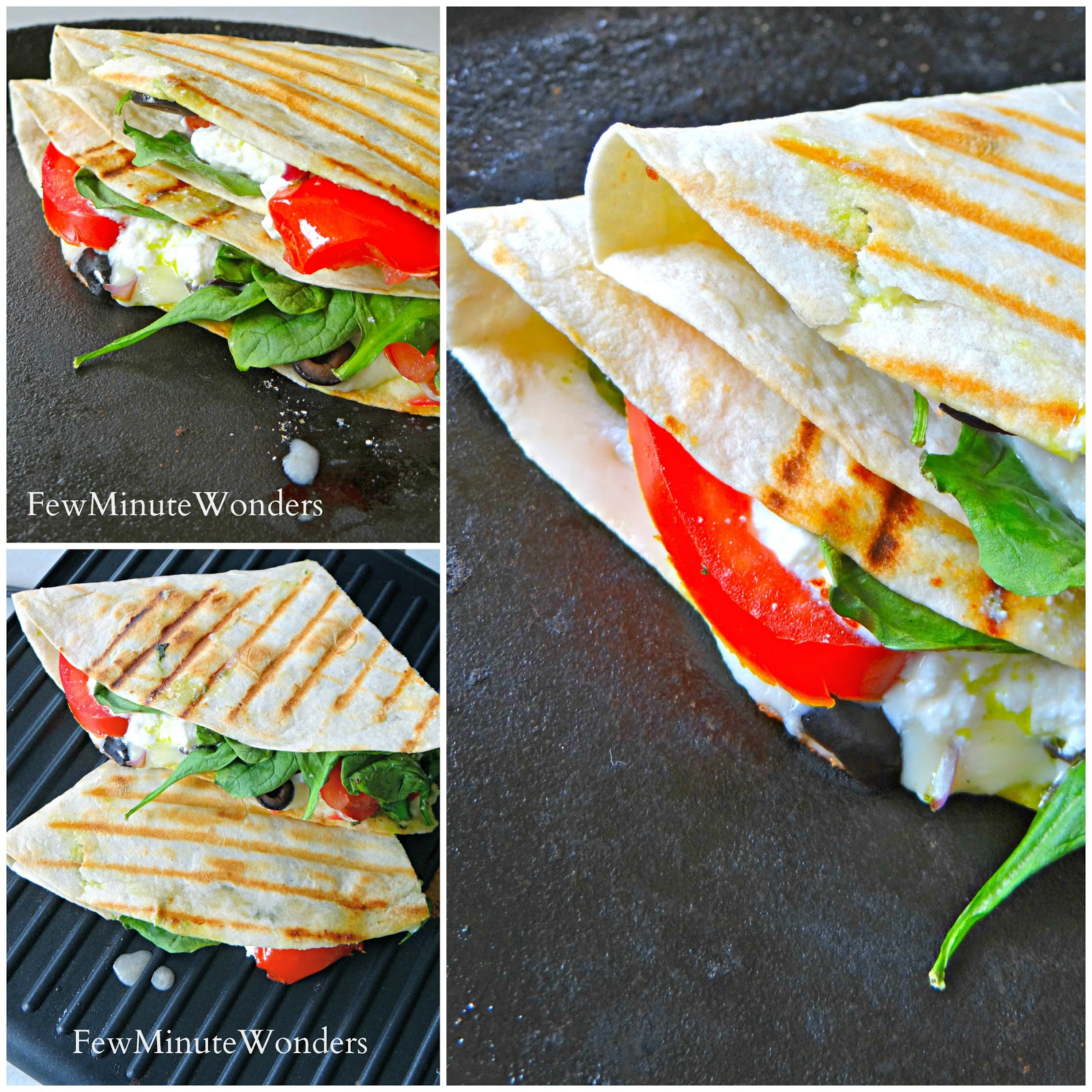 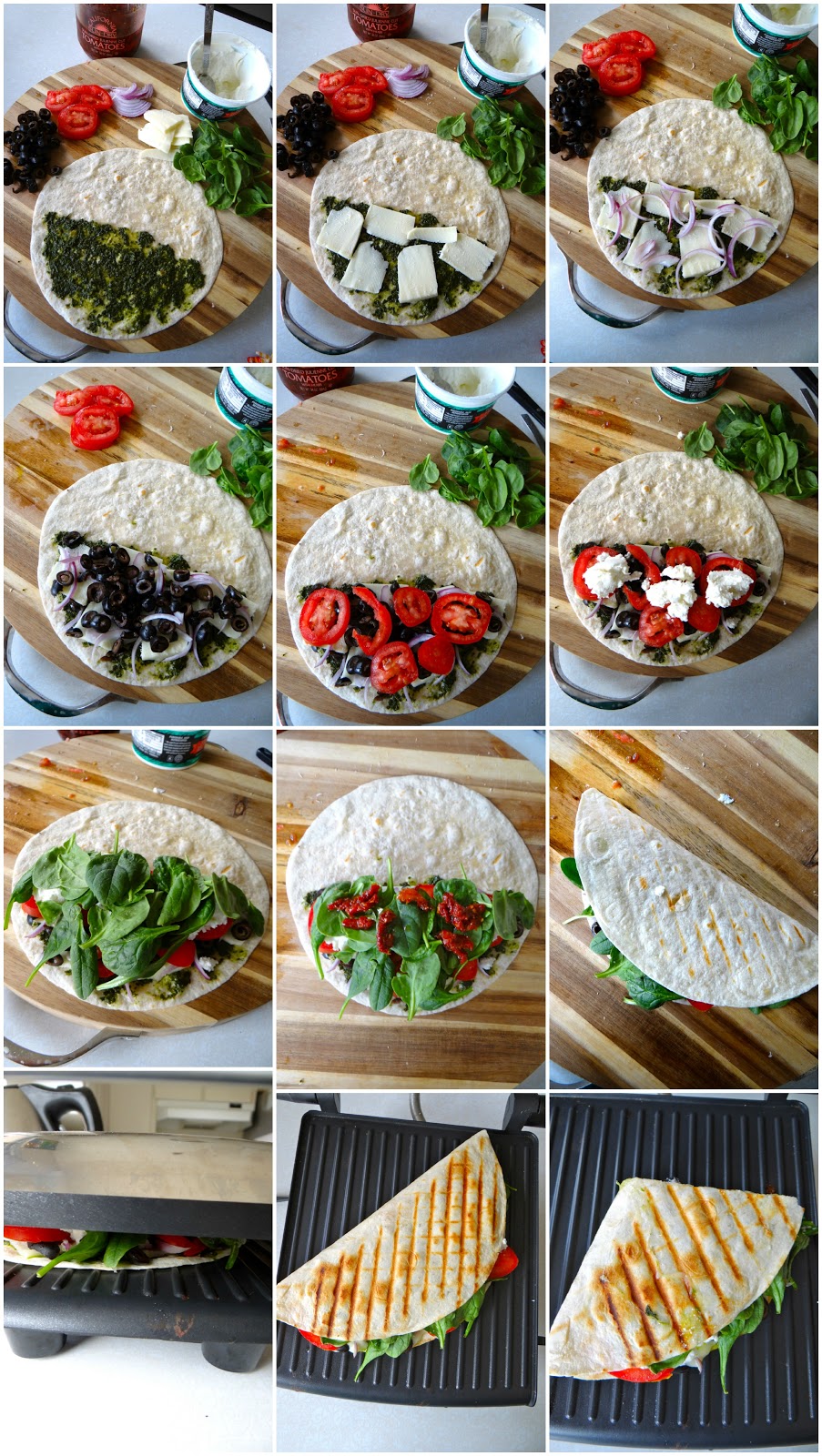 1. Heat the tortilla a little to remove any raw areas. Working on one half of the tortilla spread the pesto, add mozzarella cheese then stack up the veggies, ricotta and sun dried tomatoes. Cover the tortilla with the other half and place it on the panini grill. Grill until its done and serve them hot.