Yesterday, I had such an awesome time shopping for produce at the local farmers after a couple of weeks. I really missed not visiting the market since I had been shopped at the local stores. It also made me realize that most people think farmers market prices are very high compared to the store bought produce but, I think they have great taste and are better than what the local stores charge for produce. Peppers, tomatoes, eggplant and okra are in season. You see them everywhere and I was very intrigued by the purple bell pepper that I found and wanted to try them out. Wondered if they would taste different from the regular peppers or keep their purple color when cooked like the peppers we find. When I cut into it and found that though they were purple on the outside they were light green on the inside. When I cooked them for the raita and served it to my family some of them suggested that it has an eggplant like flavor and the purple color did not stay. 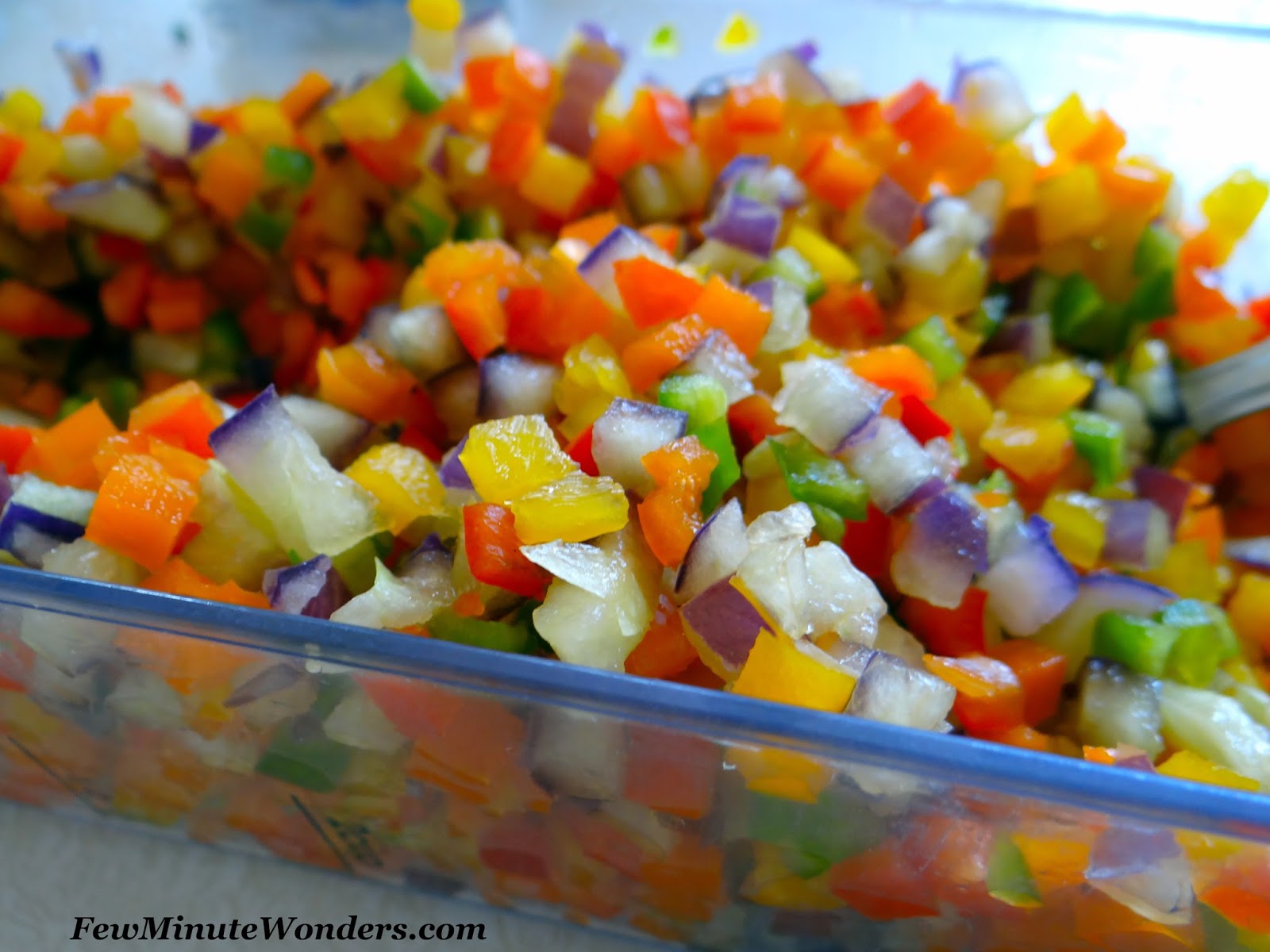 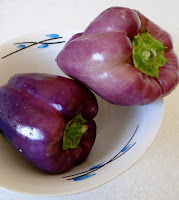 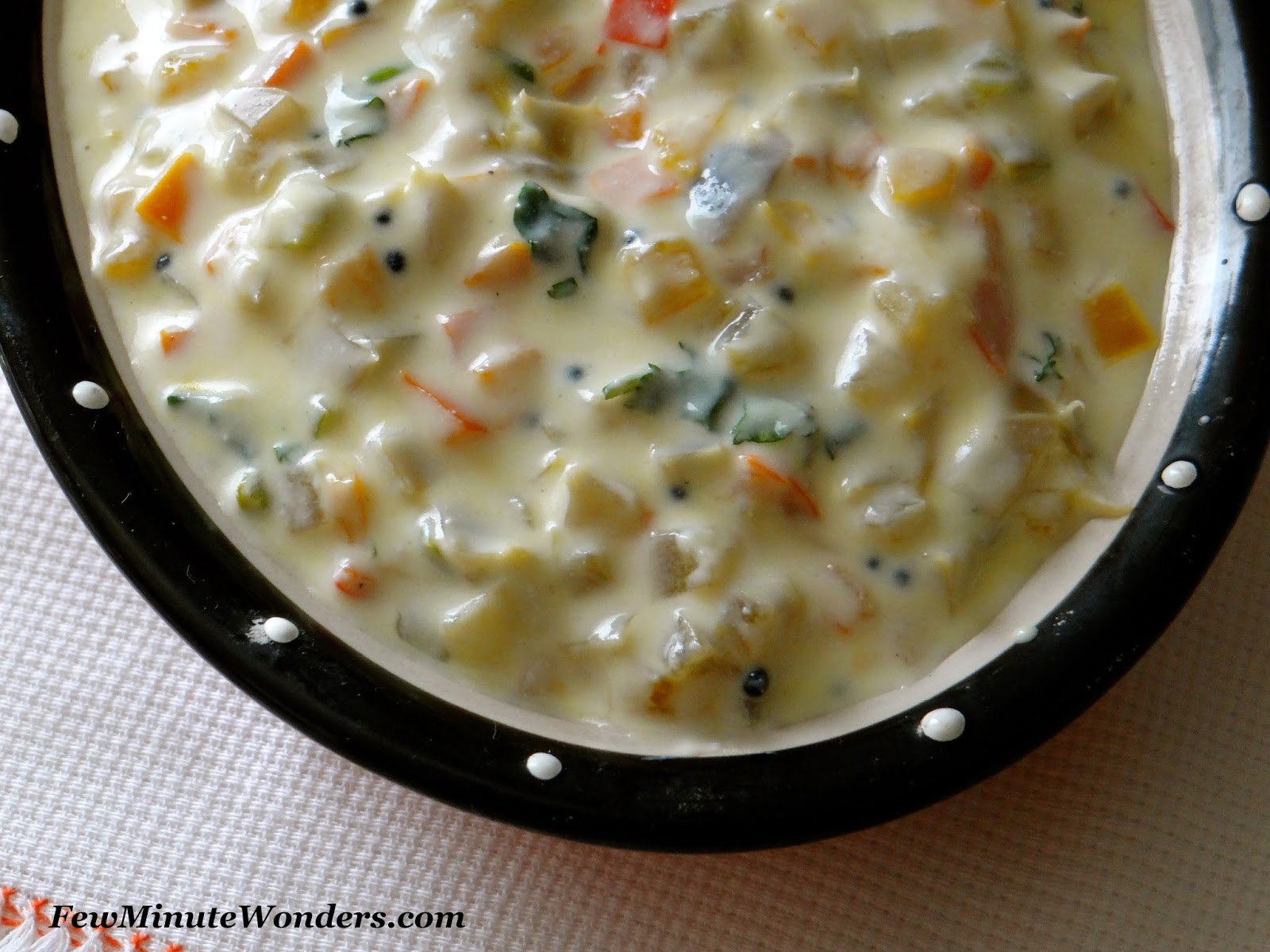 1. Heat the frying pan on high. Add oil, mustard seeds, chillies and allow for the seeds to splatter. Add asafoetida powder, give it a mix. Add the bell peppers and saute them on high so that they would stay crunchy.

2. Remove as soon as they appear cooked. Cool and add the yogurt and mix. If need be add some water to make it into a raita or pachadi constancy. Garnish with cilantro and serve them on the side with rice or roti.