When I think of summer vacation as a child, I always remember playing with my cousins and my sisters. The whole household was always very busy and it felt very comforting. We were always wanting to munch on some snack for which, we were always shooed away from the kitchen. Sometimes, to have a snack we used to get some left over rice after lunch and mix it with oil and molaga podi or idli powder and enjoy a few mouths full of it and feel so delighted. My sister and cousin could handle the heat in the idli powder, but not me. I used to have a stomach problem almost instantly and I would vouch that I would not have them anymore. But, I always went back to the molaga podi sadham.

These days I sprinkle it over home made roti, store bought naan, pita bread, flat bread, topped with cheese for a snack in the afternoon with my tea or when I want a spice fix while watching late night television/ movie. Absolutely addictive for me, because the molaga podi with warmed up bread and melted cheese hits the spot. Next time try using the molaga podi in an unique way. 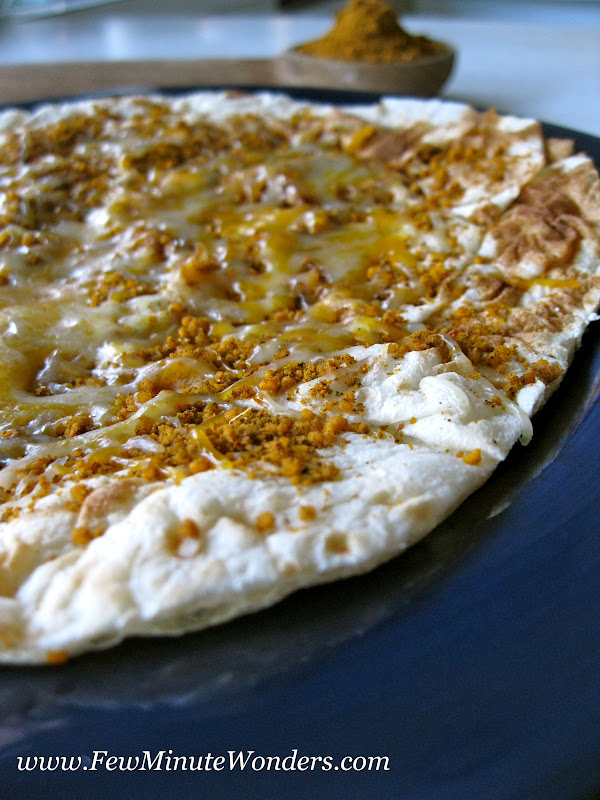 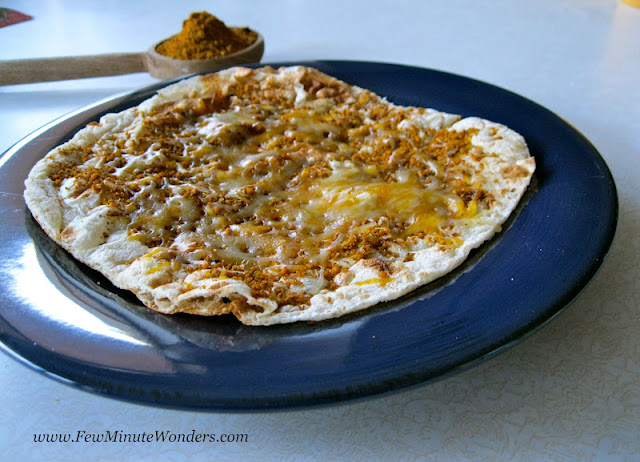 1. Place the bread of your choice on the plate. Add the toppings and place it in the microwave and allow it to cook until the cheese starts to melt.

2. Meanwhile heat the tava on medium high. Remove the bread and place it on the tava, to remove any moisture that might have formed in its base. Allow it to toast a little until it gets a little dry and enjoy the gooey, molaga podi pizza.