This is a very popular soup usually made with potatoes and leaks. Whenever I have a bunch of leaks from the farmers market, I do think of making this soup for my daughter. Potato Soup is my daughter's favorite soup. She talks about it the whole day to everyone she sees and looks forward to dinner. Sometimes, I do not particularly plan on making it but, I make it because she pleads for some potato soup. Today, it had been pouring cats and dogs and from the minute she got into the car she has been talking about warm potato soup for dinner. So voila that is what we had for dinner.


I sometimes make it with  just onions or half leeks half onions or just leeks. It all depends on what I have in my kitchen. As far as the potato goes, I use whatever I have. I have also made it with vegetable broth and without it. Vegetable broth definitely adds more flavor to the soup. So, if you are not prepared but have potatoes, onions and milk you can still make it taste good. 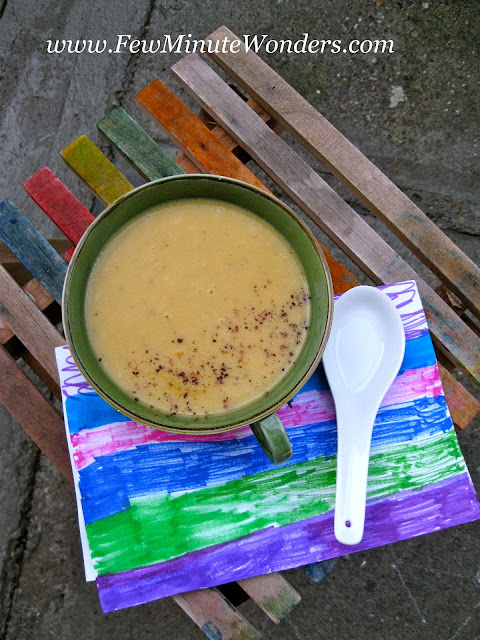 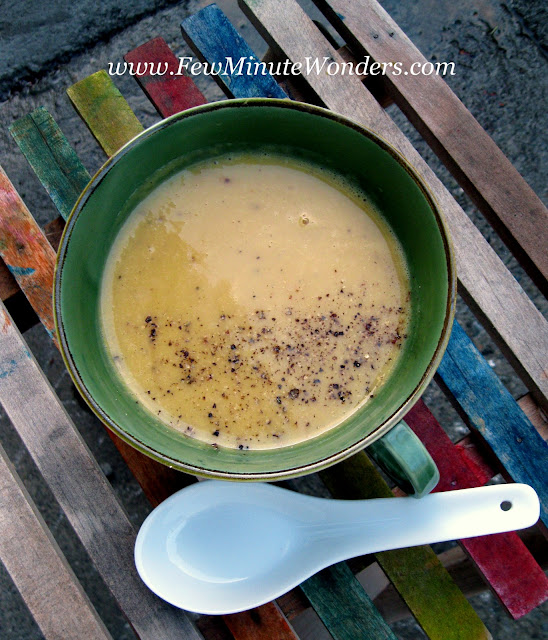 Preparation:
1. Peal and cut potatoes into cubes and rinse it under water. Cut onions or leeks or a combination of both uniformly.

2. Heat the pan or pressure cooker on medium high with some butter.Allow the butter to melt then add the onions, leeks, garlic, salt and cook until they turn soft.

3. Add potatoes, water and veggie broth and pressure cook it. If using the pan cover and cook until the potatoes are well done. Allow to cool then blend with an handheld blender until smooth.

4. Turn the heat to medium and add milk pepper and allow it to come to a boil and serve it hot with bread or quinoa or rice or paratha or naan or crackers.