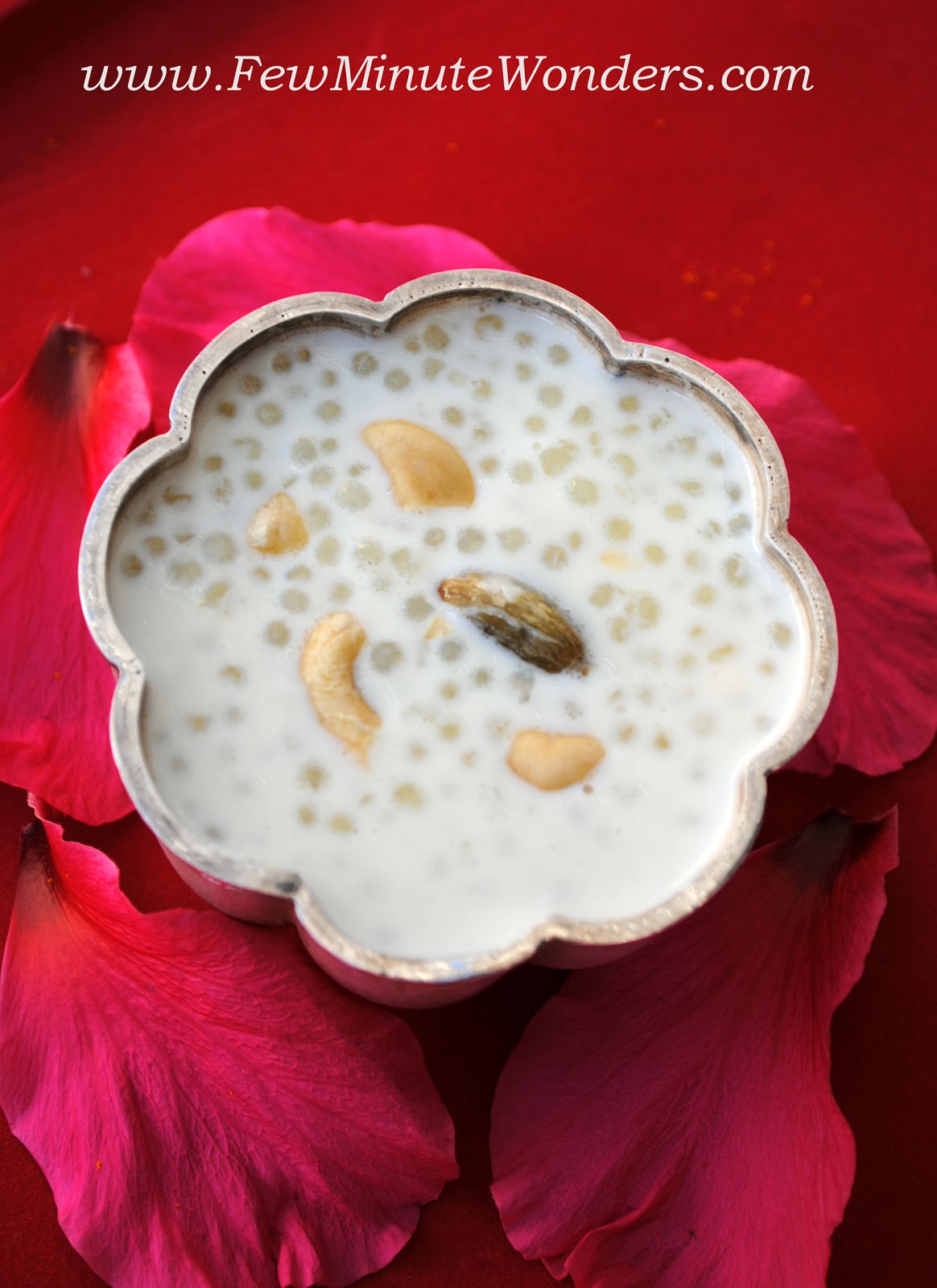 Sago/Javrasai payasam is very easy to make. But if you do not know the differences in sago variates you might run into trouble. There have been cases where I had the sago dissolve into the milk and give a porridge/kanji taste, while sometimes it might take forever to cook it. Maybe it was because I did not know a few things about Sago/ Tapioca before.

Over the years I have been tying to make javasi payasam and would always wonder why something that easy a recipe did not work for me. It was not until Mr. Sundram Iyer the head cook at our family wedding explained about the types of sago out there for the home cook to use.

When you shop at any Indian store in the U.S, they usually sell only one kind of Sago. I tried using it and it back fired big time. So one weekend

I found some common points in most recipes and classified them based on the following:

Most recipes call for using the stove top. The pressure cooker is used only to cook the sago while the crock pot method is used mainly for pudding types.In the south of India, the Nylon Sago is very popular while in the north Common Sago is more popular. Nylon Sago comes in very small and medium sizes and appears to be pale and transparent while Common Sago is white and comes in medium sizes.

Prepping methods involved soaking the sago in water or partially soaking, draining then allowing to puff up, or just washing, draining and allowing to puff up. The time for prepping ranged anywhere between 10 minutes to 12 hours. The time taken to prepare therefore depended on which recipe one wants to follow. Two cups of payasam can take 15 minutes by directly roasting and cooking without prep work.

With all this information, my kitchen became a test kitchen. I tried a pressure cooker recipe, crock pot recipe, stove top roasted recipe, soaked from 15 - 24 hrs recipe with both nylon and common sago. All this was to find out for myself how my mama's wife Bharathi Manni prepared javarusi payasam. I remember the perfect transparent pearls in payasam as a child and how everyone enjoyed it when she made it for us. So before I made the call to get the recipe from her I did my own recipe testing. 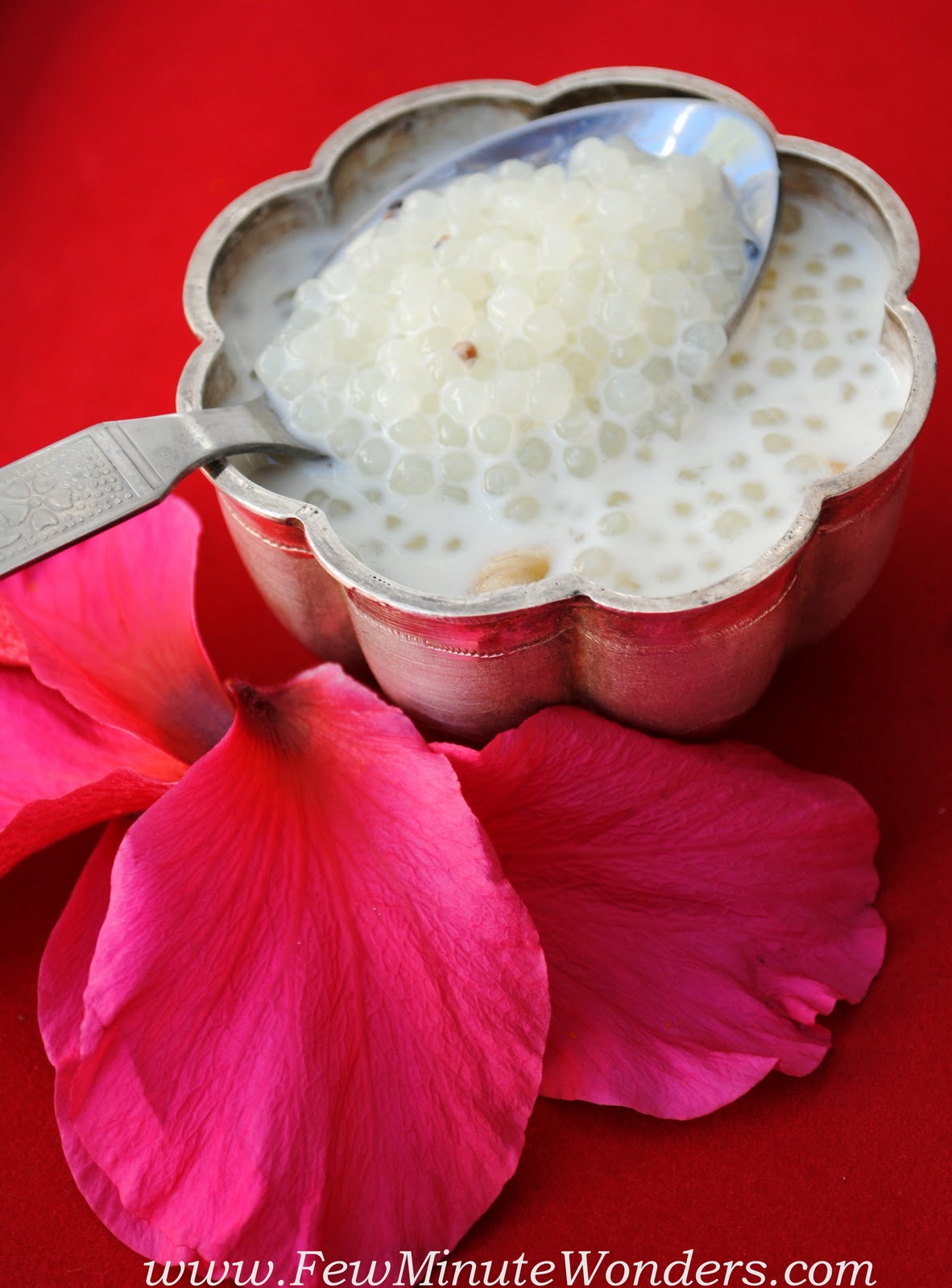 Here are my finding:

2. The pressure cooker method without soaking creates a lot of kangi or starchy liquid and so it needs to be washed before sugar is added to it else the starchy flavor is trapped in the payasam. In this method Common Sago came out with the centers uncooked.

3. Stove top no soak roasted method with Nylon Sago produced the best result. It cooked fast, was tasty and is my favorite method to prepare the payasam because it took me 15 minutes to make it. For all those who like a quick version, this is the one for you. Please note that if you used the Common Sago in this method it takes longer to cook but does not taste the same as Nylon variety.

4. Microwave method works well when you soak for a long time or when it is roasted and then microwaved  with some water.

5. Crock Pot Method where I did not soak anything but just added all the ingredients minus the sugar took 3 hours but it became very thick and I had to add more water in between and keep mixing to get it to the paysam consistency. This resulted in more paysam than I had expected to make. It was very delicious and maybe more economical. This is a great method if you are making a larger quantity with little supervision. If you are trying to make Tapioca pudding this would work well.

Here is my Aunt's quick version to making the javarsi payasam which I prepared for prasadham. 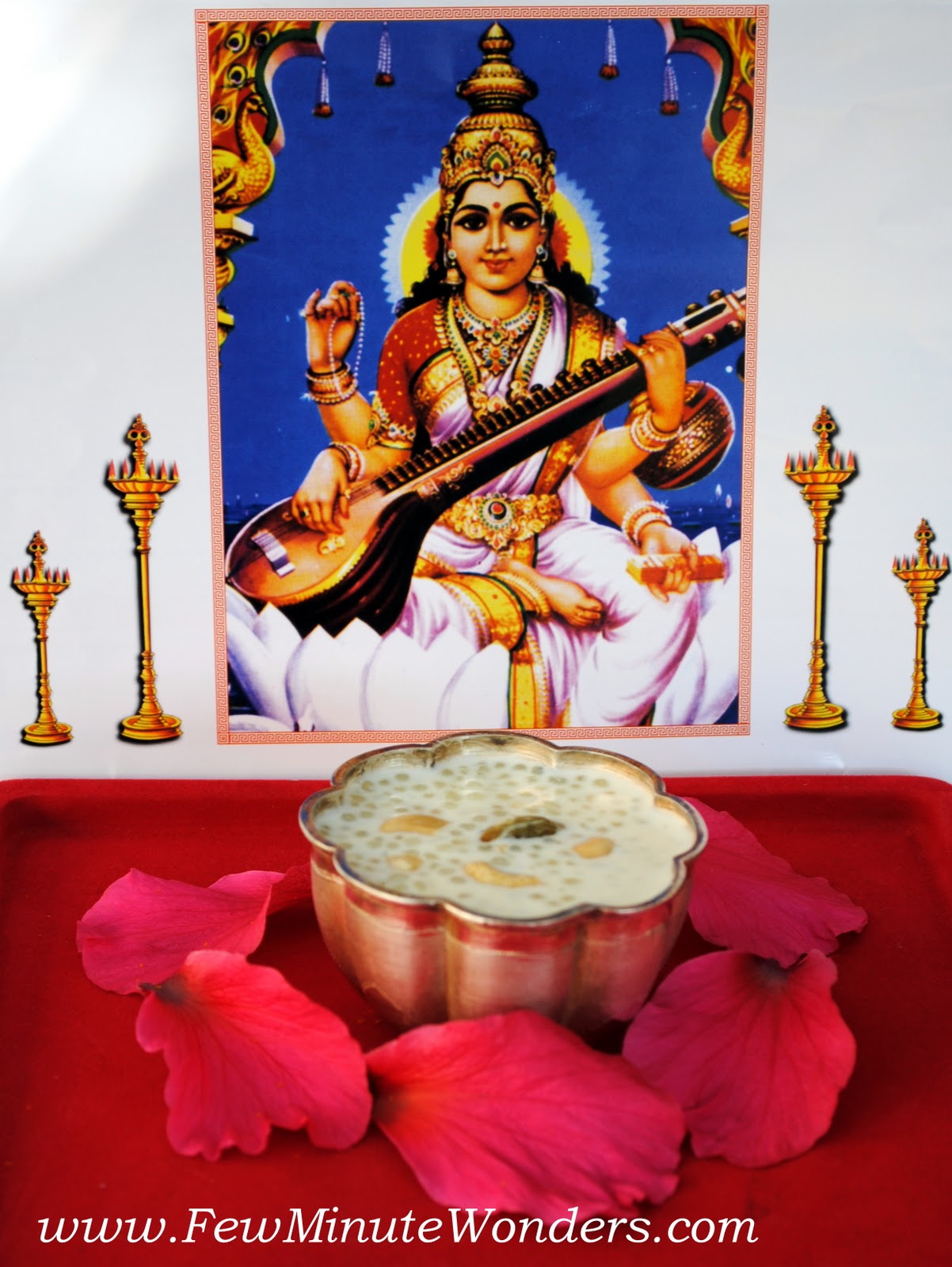 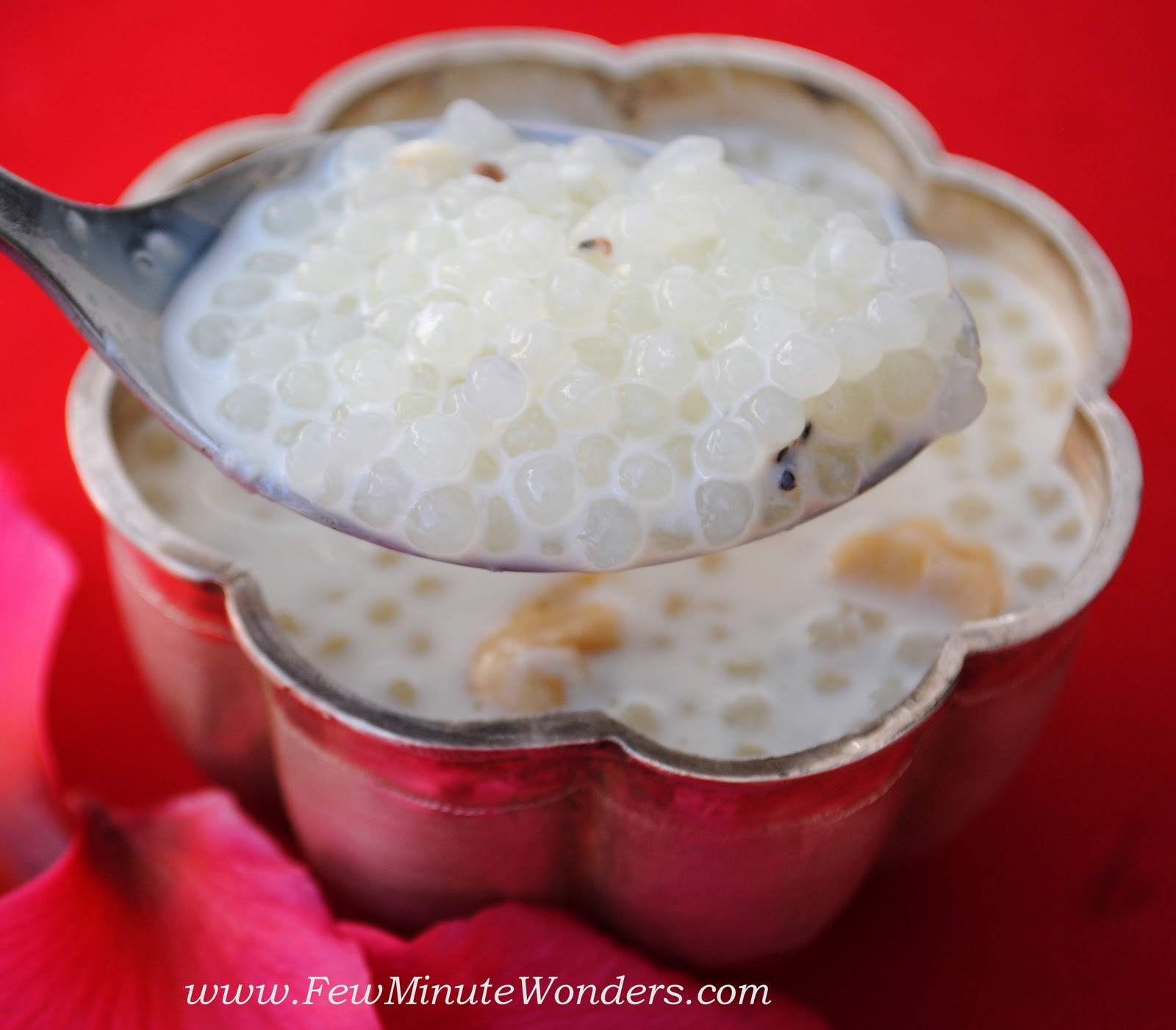 1. In a milk cooker or heavy bottom pan heat the milk and condensed milk. When the milk heats up remove and set aside.

2. Place a heavy bottom pan on medium heat. Add 1/8th tsp of ghee and add the sago. Roast the sago until it pops and turns white.

3. Add 1/2 cup of water mix well, cover and cook for 2 minutes or until all the sago turns transparent and the water gets absorbed.

4. Add sugar and mix well until the sago absorbs some of the sugar. Add the milk and mix well. Let it cook for a few minutes.

5. Heat some ghee in a seasoning ladle and toast the cashew. Add to the payasam along with the cardamon powder. Simmer for a few minutes. It can be served hot or cold.