We often make rotis for lunch or dinner and it always comes in circle shape. My daughter gets excited when I make her triangle roti's and so I was wondering about a square roti. Looks like there is such a roti that already existed and people make them often. They stuff the rotis sometimes with eggs, veggies or sprinkle sugar or spicy powders and make them. They resemble the triangle roti and has many layers of dough in each bite which adds a different texture and taste to the roti. For lunch today, I made square rotis for my daughter and enjoyed them with stuffed eggplant an mutter paneer. 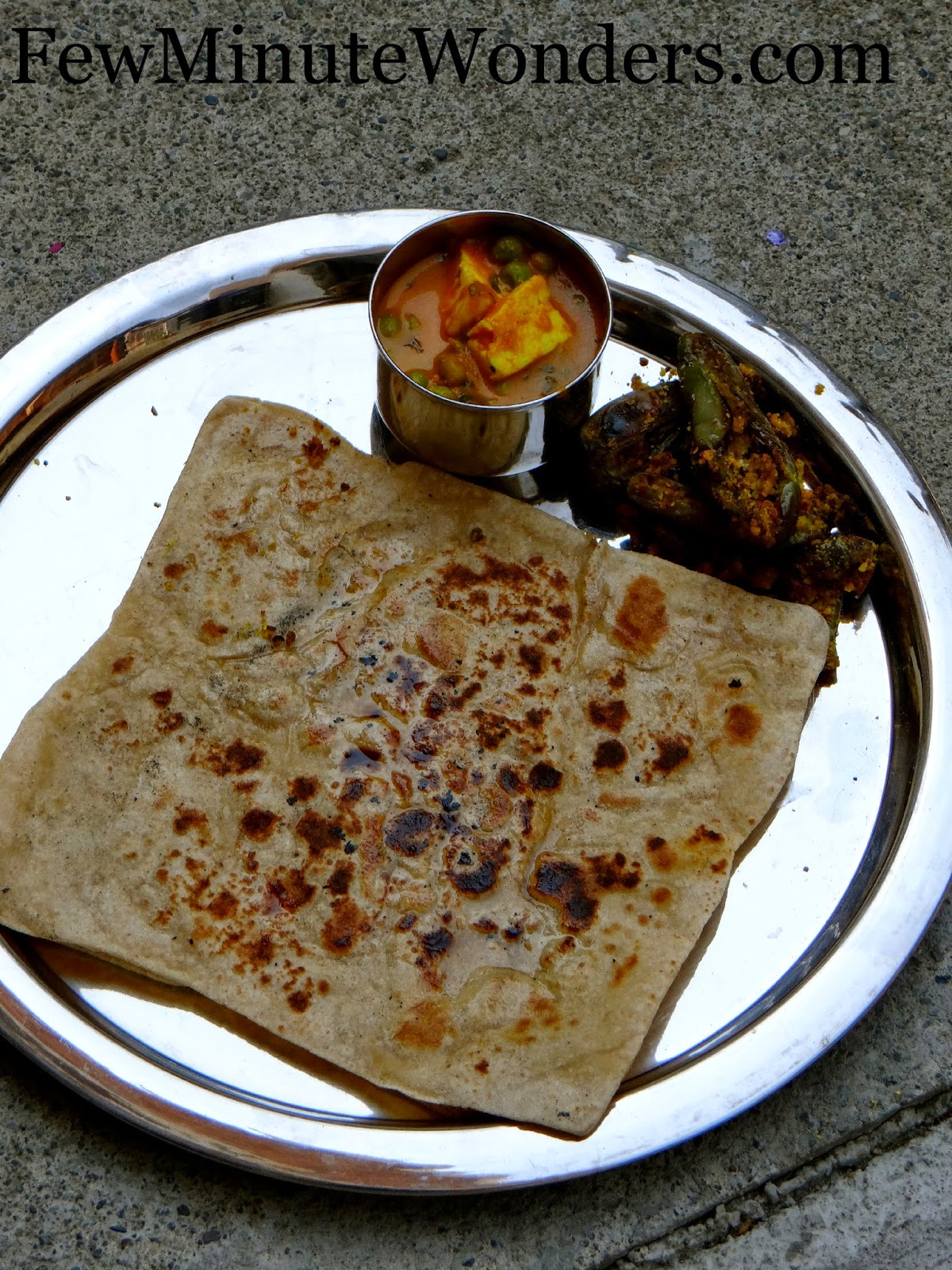 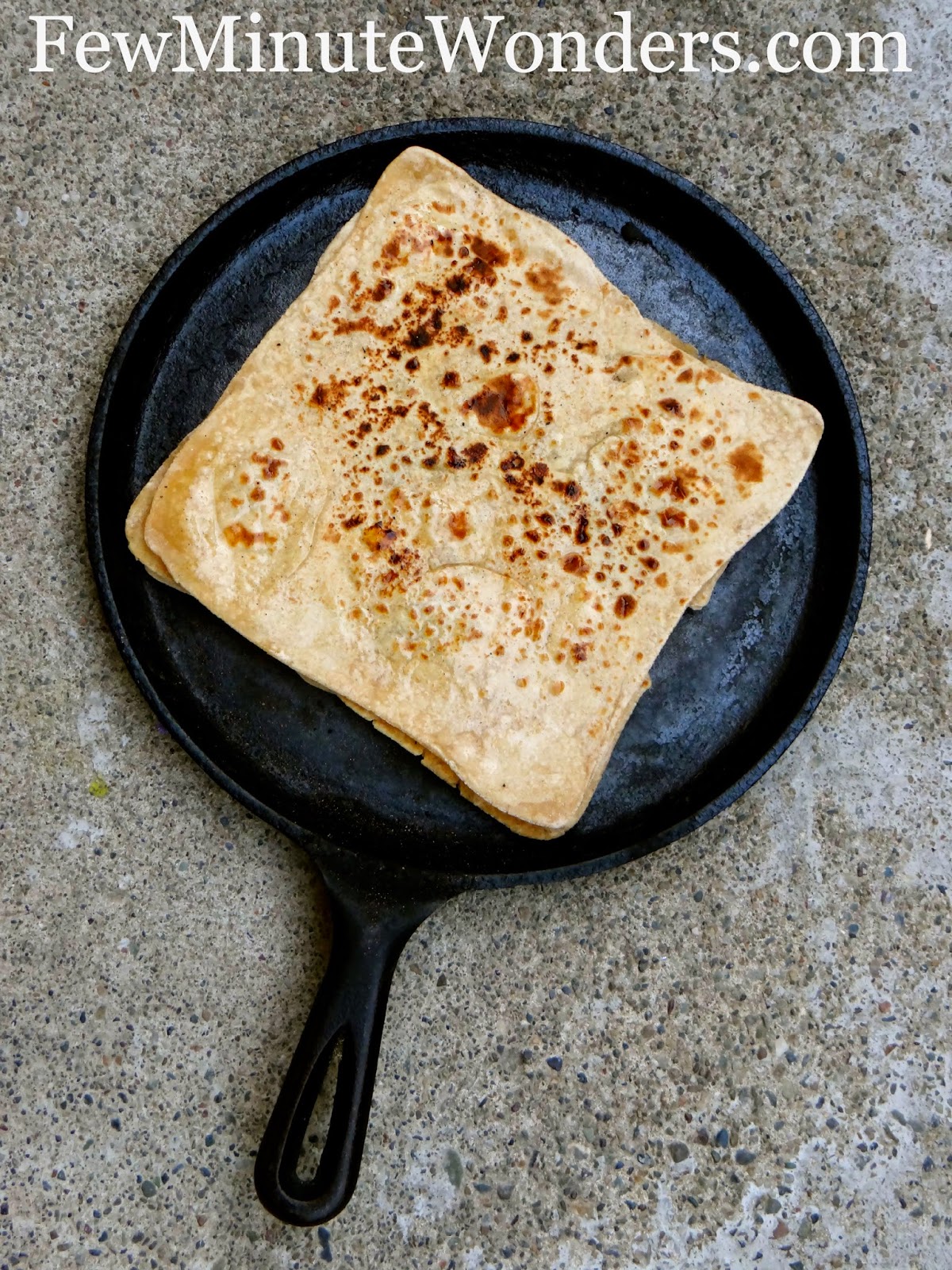 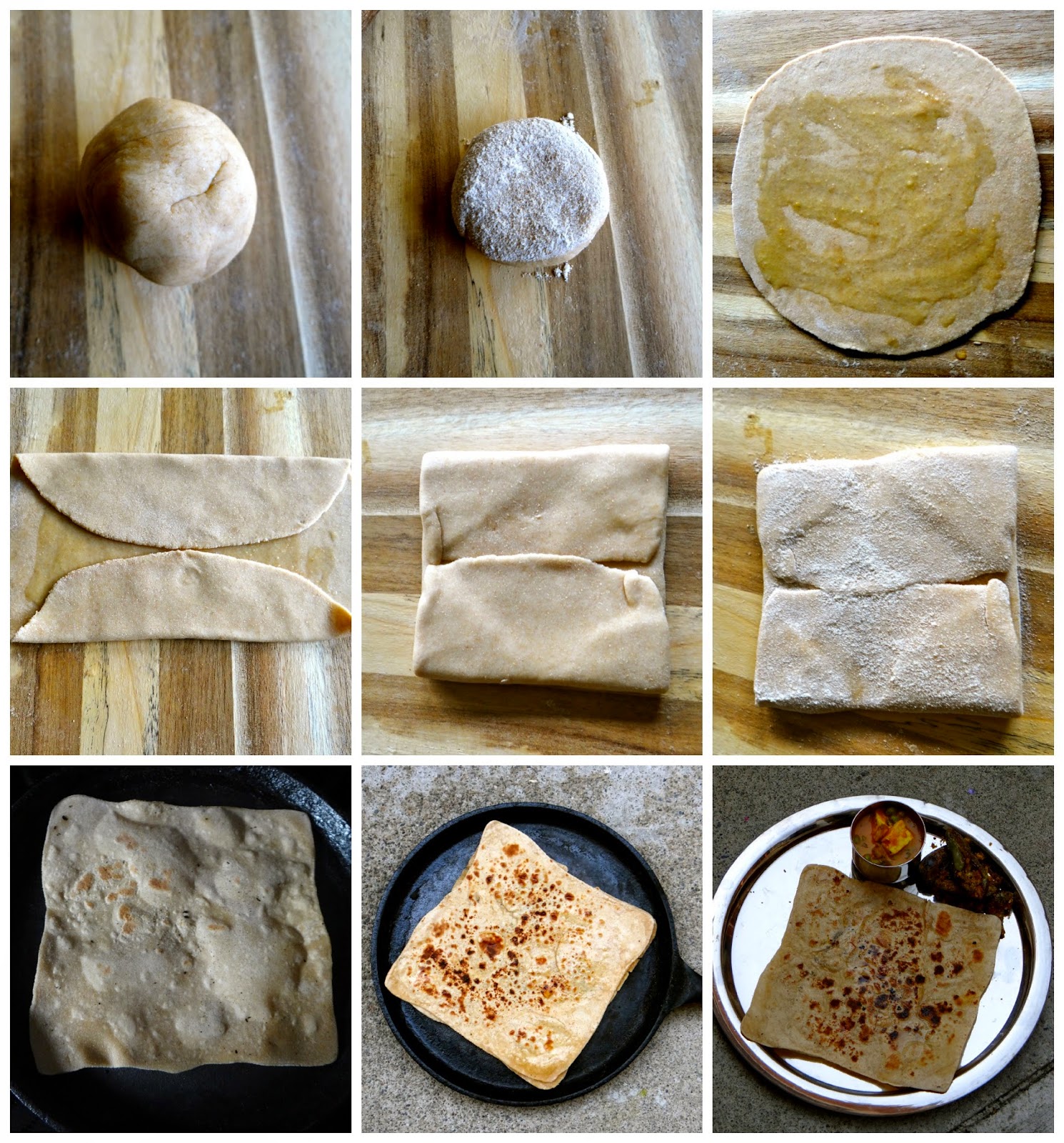 1. Take one portion of the dough and dab in a little bit of the whole wheat flour. Start to roll out the dough to 5 inch circle . Spread some ghee just enough to cover the roti roughly.

2. Fold the edges from two opposite side. Make sure that the folds touch each other. You will have a rectangle shape. Fold the other two sides to form a square.

3. Dab some flour and roll our the roti so that you maintain the square shape.

4. Place the rolled roti on the heated tava and cook on both sides. Remove from heat and spread some ghee and serve them hot.