The story of preparing rajma masala goes a log way.I remember the last time I had prepared Rajma I was not that big into cooking and I think I made a rajma that was not edible. Very embarrassed with the preparation, I decided to stay away from it. I have always looked at all posts that mentions rajma masala over the years and at last got an idea as to how this beans needed to treated. This recipe is my own understanding of rajma masala which I prepared for dinner last week. This time it got very good reviews and I decided to document for my reference. 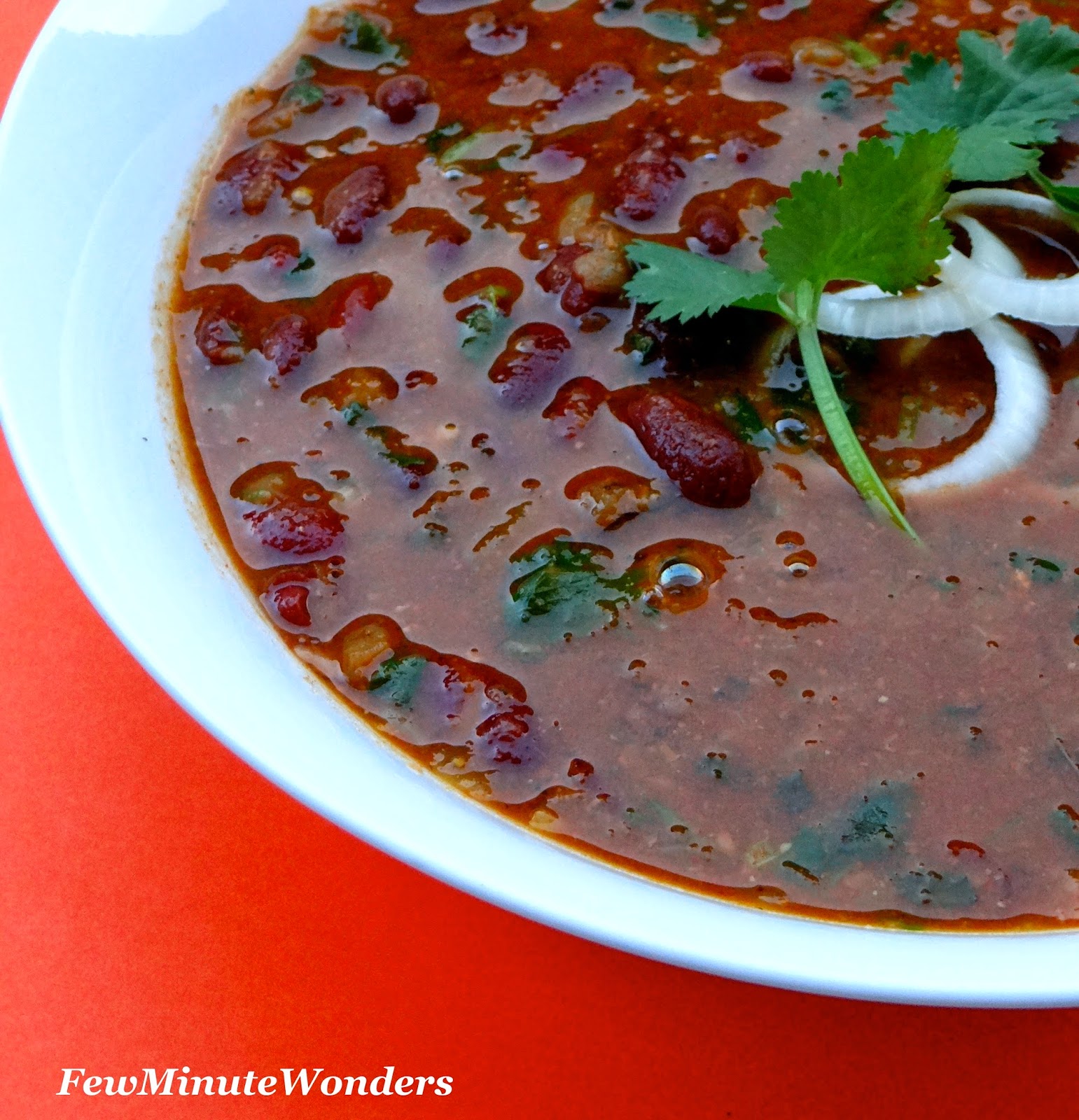 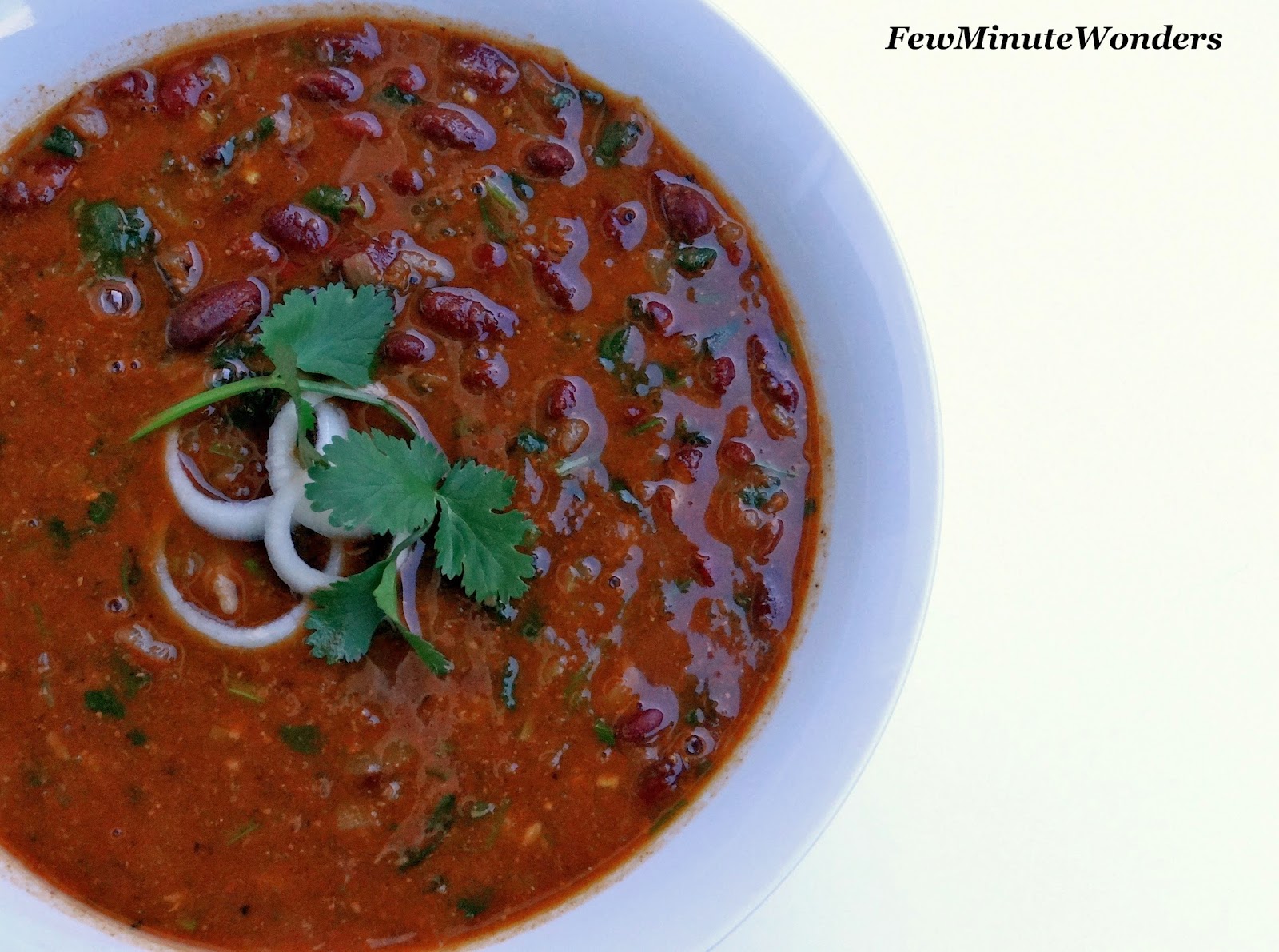 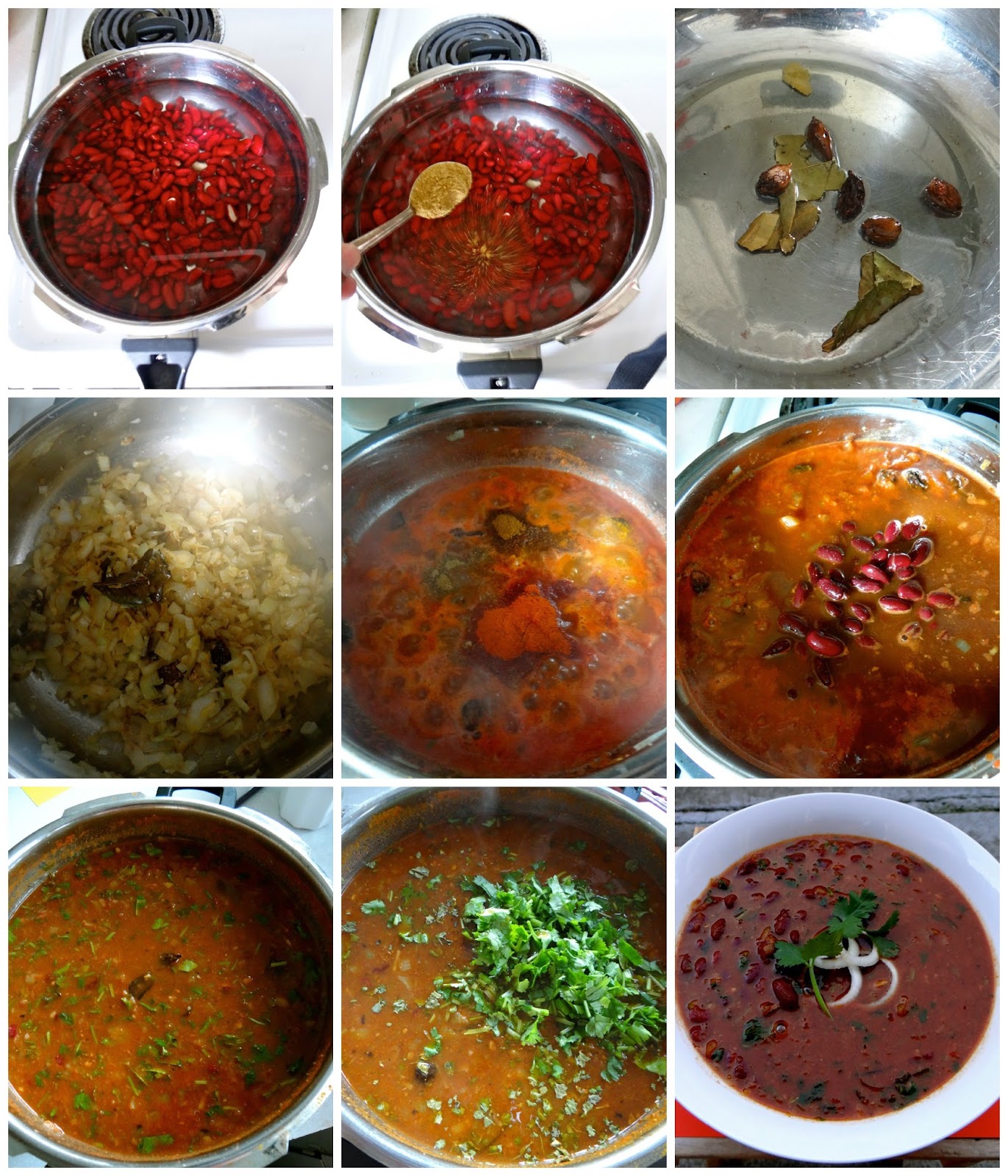 1. Pressure cook on medium heat, the soaked rajma with 4 cups of water, salt and 2 tsp rajma masala unto 3 whistles. When the pressure is released transfer the contents into a bowl.

3. Reheat the the pressure cook with 1 tbsp of oil. Add bay leaves and black cardamom in them and after 30 seconds add diced onions and cook until they turn golden brown. Add garlic and ginger and cook for a few more minutes.

5. Add the rajma and the liquid and mix well. Add salt as per requirement and pressure cook on medium low for 2 whistles.

6. When the pressure is released, mix well and mush some of the rajma to get it to the right consistency. Add kasturi methi and cilantro. Mix well.

7. Garnish with onion rings and serve them hot.