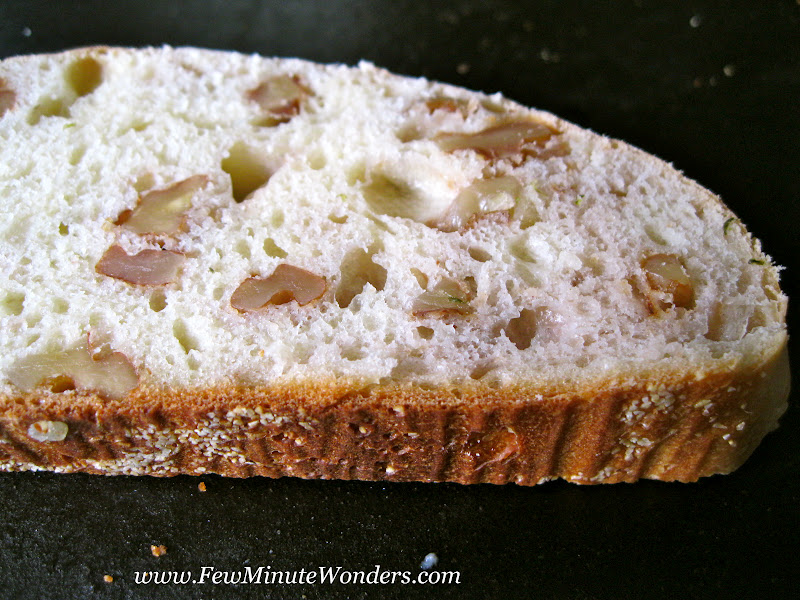 In the Bay Area, a popular bakery that I never fail to visit is the Andersen Bakery. The bakery is very popular for their pastries, sandwiches and freshly baked bread. Among the different varieties that are sold there, Walnut bread is my favorite. This was the bread that I challenged myself to recreate. Having no luck to finding a walnut bread recipe similar to AB's online,  I decided to come up with my own recipe. My solution was to add walnuts to a basic bread recipe. Took me 4 tries before I felt it was close to the original one. My niece is a big fan of the bread too. Here is what she had to say about the bread. 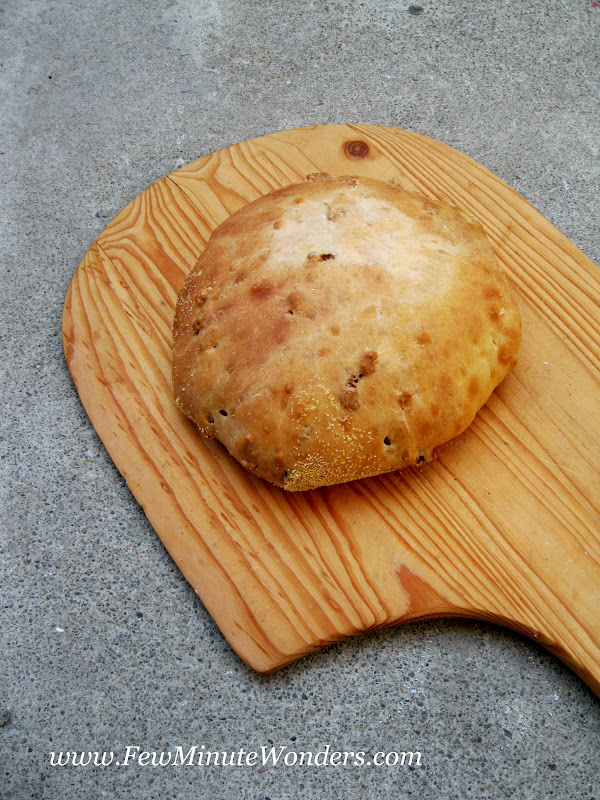 Last Tuesday was the day before my final exams. In other words, it was the most worrisome day of my existence.

Regardless, I was incredibly tired and stressed, plagued with a splitting headache, and being forced to pore over pages of algebraic equations and chemical properties into the night.

I'd take residence in my aunt's bedroom (you probably know her as the Foody Guru behind your favorite blog) in order to escape the distracting allure of my laptop and the commotion exploding in my own household.

Somewhere between reading about gas laws and memorizing the periodic table, I went downstairs, delicately pressing the bridge of my nose and sighing in dramatic exasperation.

And then, it happened.

It revealed itself before my eyes.

My aunt pulled the bread out of the oven, laid it out across the faded brown wood of her cutting board. I immediately dropped everything and padded over to the kitchen counter as if I was entering a temple. A temple created solely for the walnut bread.

It was beautiful. I wanted to run my fingertips against the dark brown ridges of the top and revel in its beauty. The loaf was round, crusty, and warm, the comforting scent of toasted walnuts permeating the air. She pressed her knife into the loaf, tugging it back and forth, the crackling sound of fresh baked bread tinkling like bells in my ear.

My eyes were wide, my breath hushed (partially questioning why on Earth I was this excited over a loaf of walnut bread).

The first slice fell off, a burst of walnut flavored steam swirling through the air. I reached out to take the hot bread off the cutting board, before biting into the bread.

My teeth sunk into the incredibly soft bread, studded with walnuts. The crust was hot and crunchy, a perfect counterpart to the sponge-y bread. It had a slight wheat taste, cradling it in my head, inhaling the walnut perfume.

The headache and stress I'd had ten minutes ago? Gone, evaporated into the air with the perfect nutty steam of my aunt's walnut bread. 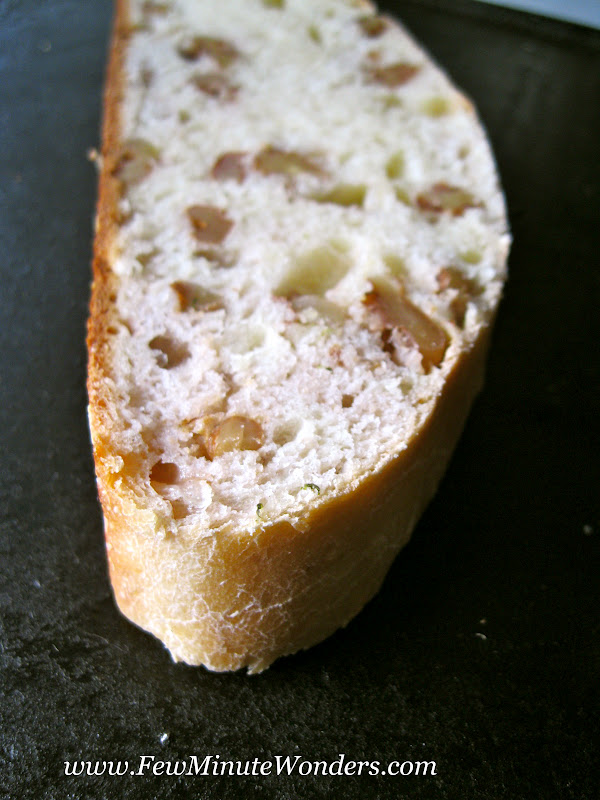 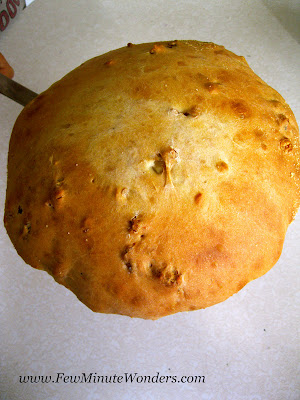 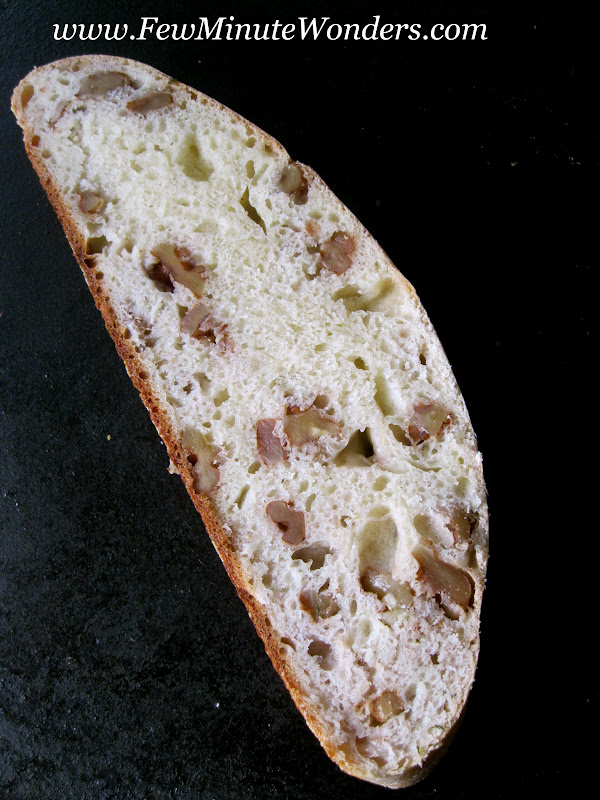 Preparation:
1. In the mixing bowl add water, milk yeast and honey. Give it a mix and let it stand for 10 minutes. (Notable Tip: Before adding honey, spread some oil in the spoon and then add honey, it will come out clean).
2. In another bowl combine flour and salt well and set aside.

3. Add 1/2 cup of flour to the liquid mix and mix well. Then add the remaining flour a little by little. Attach the dough hook and knead the dough for 5 minutes until they come together, but still sticky.

4.  Add walnuts little at a time and allow it to spread evenly throughout the dough.


5. Remove the dough from the bowl and place it on a counter coated with some bread flour. Knead the bread a few minutes to make sure that the walnuts are distributed well.

6. Add oil and melted butter to a bowl and spread well. Add the dough and coat it well. Cover with a damp towel and allow to rest in a warm area for 45 minutes or until the dough doubles.

8. Before transferring the dough to the oven sprinkle some corn meal and then place the dough on top.

9. Place a bowl of water in the oven along with the bread on the side. Bake for about 30-35 minutes.

Note:The rule of thumb is to make sure you hear the hollow sound in the bottom of the bread. Remove, allow it to cool down before slicing into it. ( You all know that, we did not do that. We had to taste it warm with some butter. It was gone in a couple of hours.)