Its simple to make a regular type roti, but sometimes to impress my daughter and get her to have roti I roll it up in interesting ways. During our car travels in India, many a times we used to park the car near a tea kadai (shop) for our driver to get his caffeine fill. Next to the tea kadai there was always a parota making place and I used to watch with great interest at the way they worked the dough, spreading, folding and finally make into balls for making parota. I was talking to my daughter about it and I decided to make the roti rolled the parota way to show her. 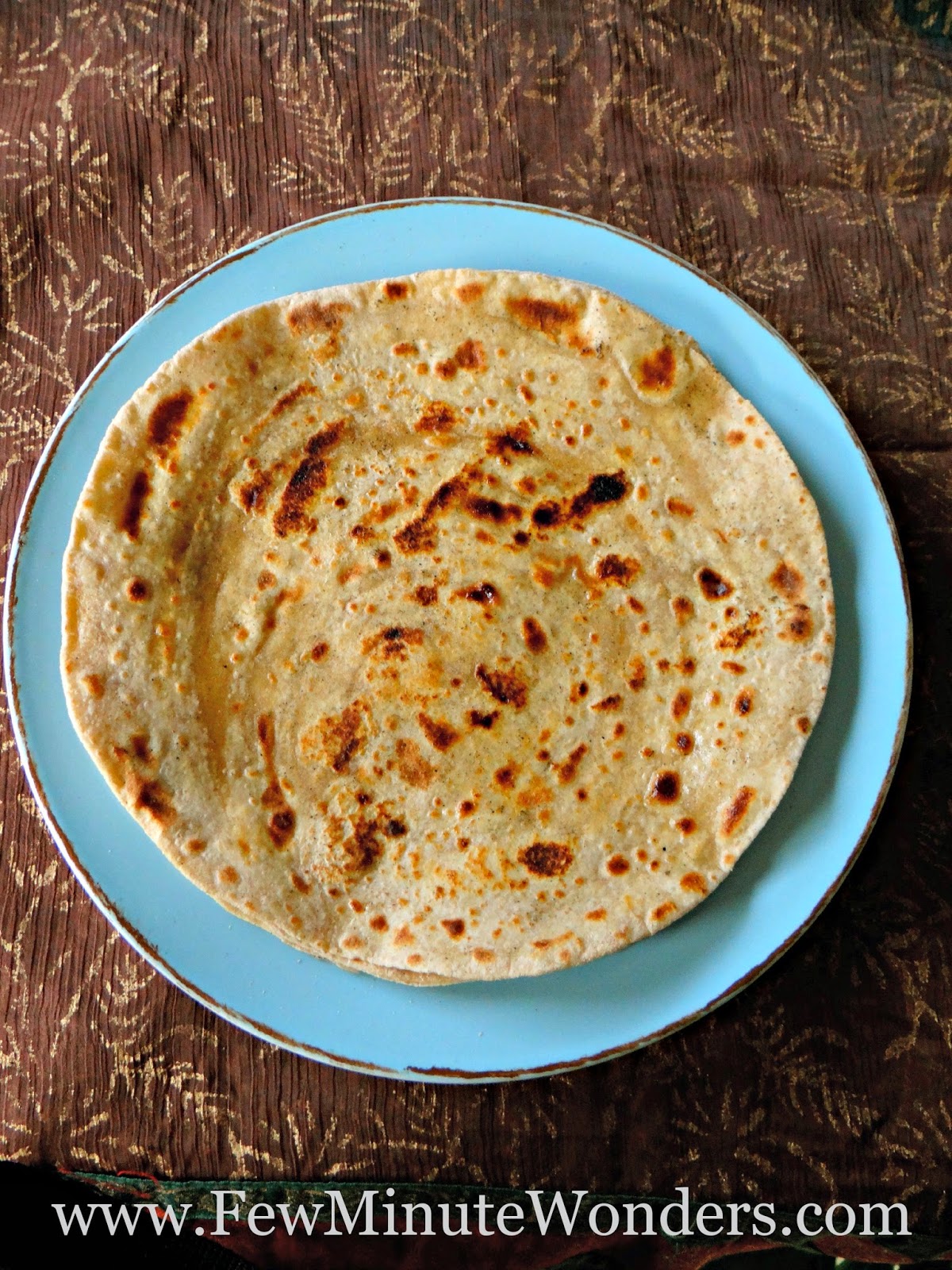 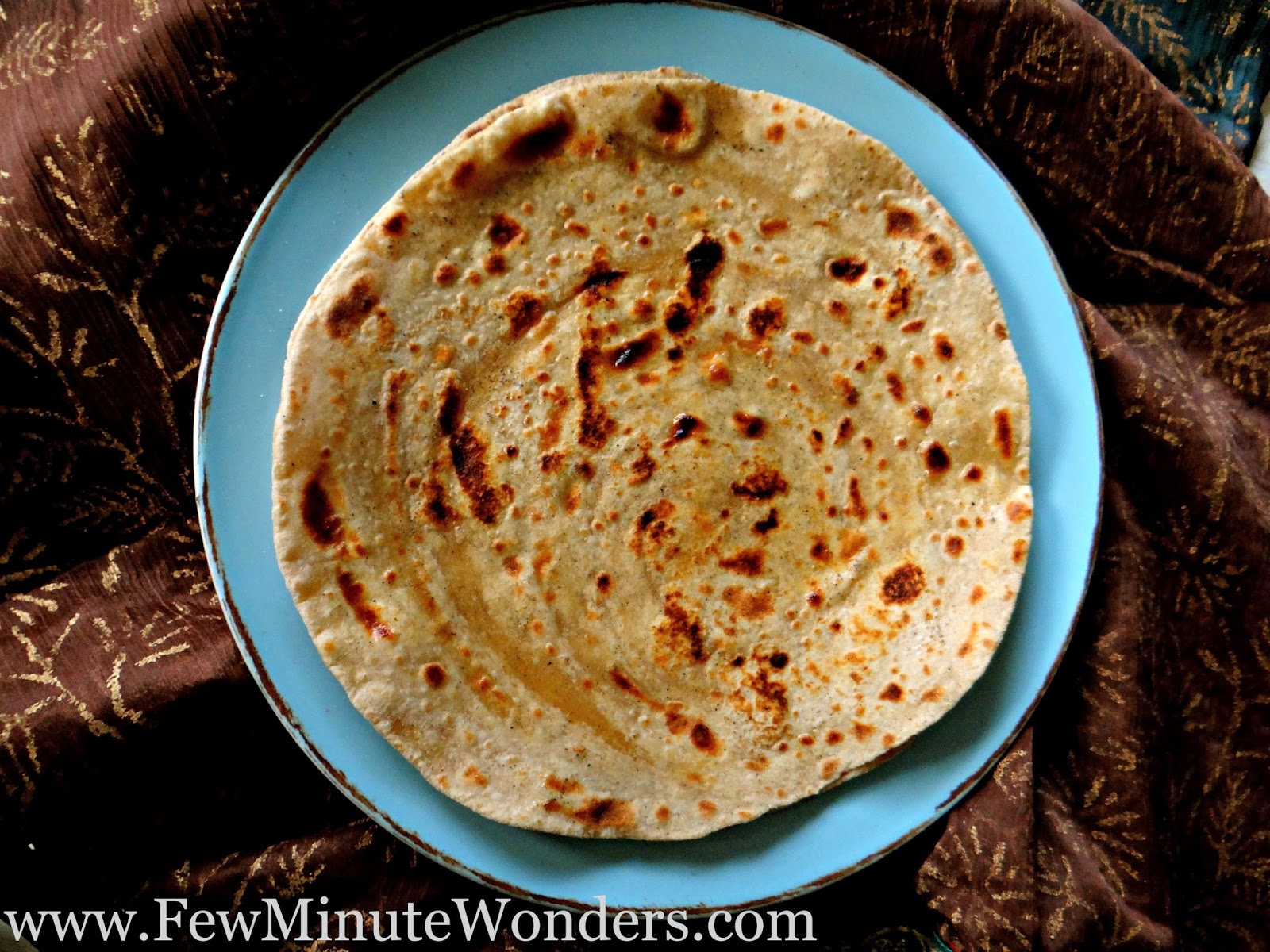 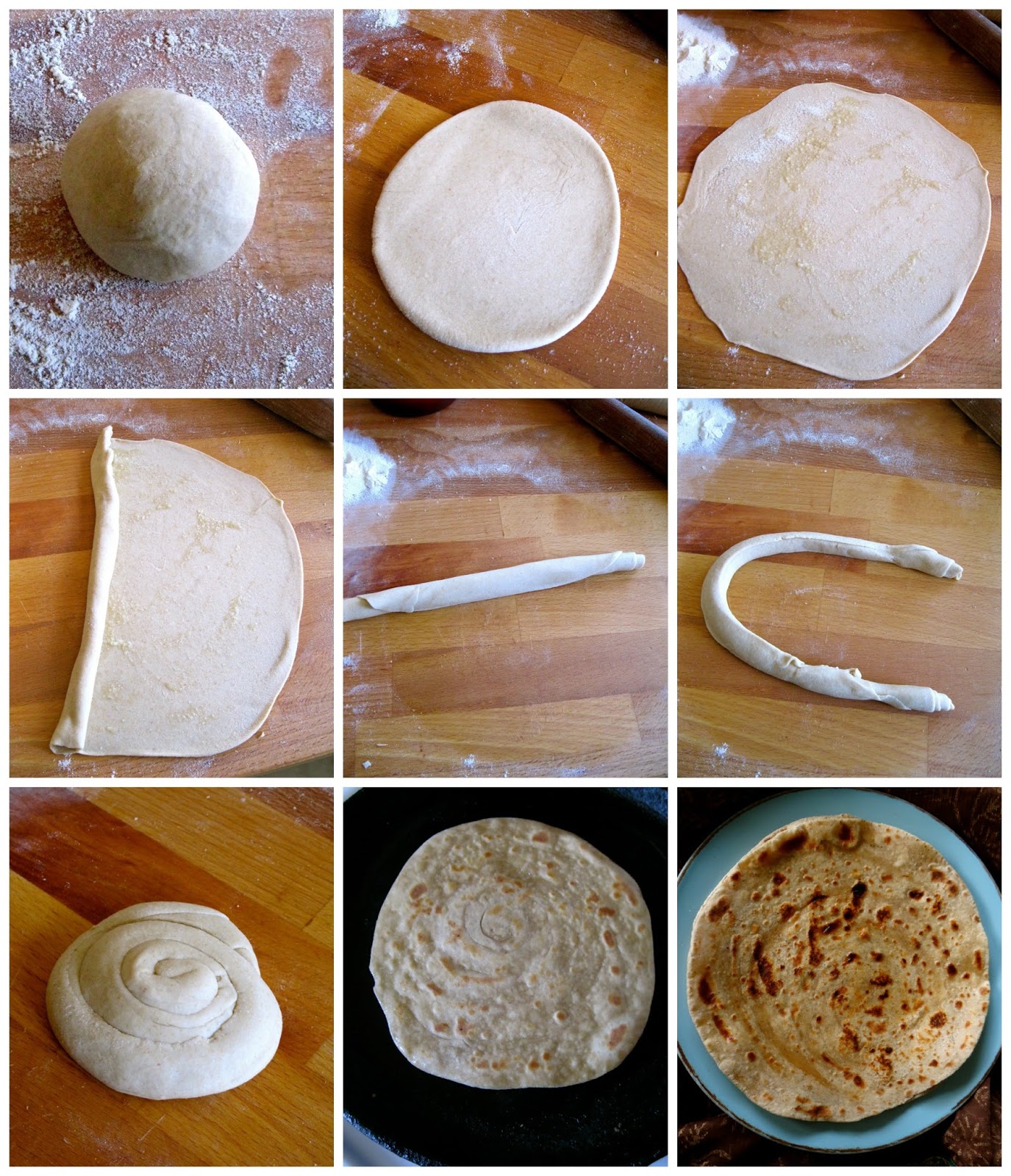 1. Take one portion of the dough and dab it with some flour. Roll and spread the dough into a think roti.

2. Spread some ghee over the roti and roll it into a thin rope.

3. Coil the rope into a ball and then roll it out into a circle again. This time make a thick roti.

4. Cook them on the tava on both sides, spread some ghee and serve them hot.