An Evolved Channa Masala Or Chole

Channa Masala Or Chole has always been one of my favorite side dishes. There are a zillion ways to make it and I think every family or household must have their own recipe. Sometimes when I taste chole I always think about one of two places where I have tasted some memorable ones. Some like it with potatoes, with lot of gravy, with very little gravy, made with different types of channa or garbanzo beans. To me what I really enjoyed as a kid was bread Chole from Richie Rich restaurant. Its the flavour and taste that is so embedded in my head and I always want to recreate that in my kitchen. So I must have tried a lot of recipes and at last come across the one that my sisters friend Sandhya from Detroit had given her. The closest to the RR chole for me. But then my sister told me that she adds the channa masala while cooking the beans and this added a very nice taste to the recipe.So there I Incorporated that into the recipe as well. The end product is a chole /channa masala that I totally enjoyed for dinner with some Tandoori Roti. I like this recipe for its taste and simplicity. So give it a try and let me know for all those who are ready to venture into making another version of channa masala. 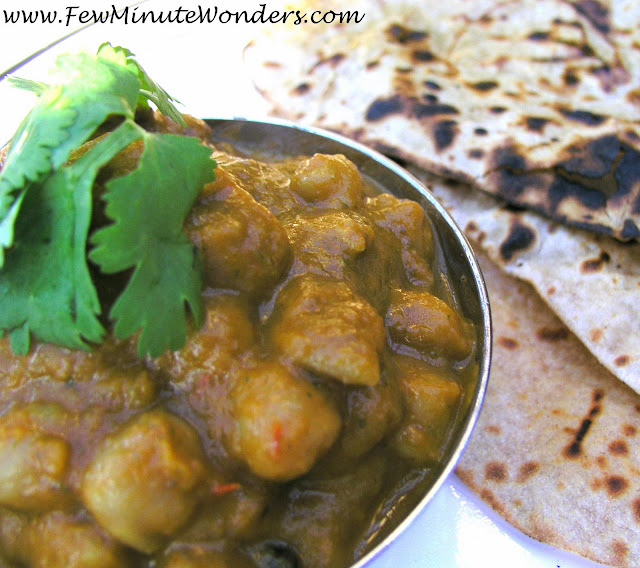 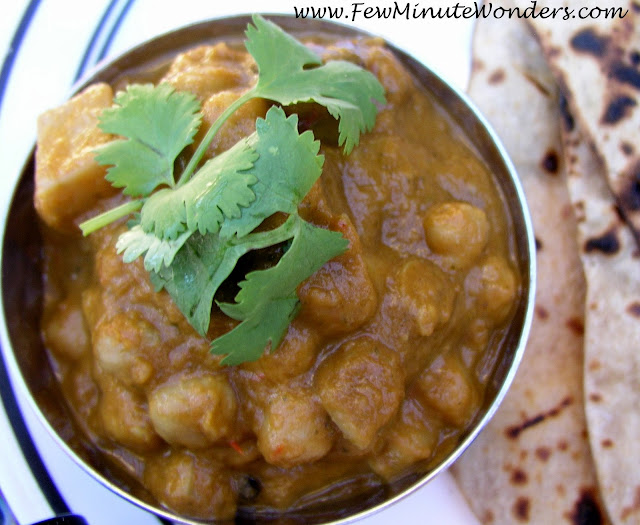 1. Place the soaked Channa/beans in a bowl add some water, salt, 1/2 tsp of channa masala and turmeric powder. Add some water inside the pressure cooker and then place this bowl and pressure cook for 4 whistles on medium heat.

2. Heat the wok add oil 2 tsp and add onion then garlic, ginger and cook. When the onions are well cooked add tomatoes and cook until they are well done. Cool this mix and add fresh cilantro bfore blending them into a paste or sauce.

3. Heat the remaining oil. Add bay leaves, pepper and cinnamon. Allow them to get roasted for a few seconds and then add green chillis and the paste.Cook them on medium heat for 5 minutes.

4. Remove the beans from the pressure cooker and add them to the sauce. Add all the powders , potato (optional) and cover and cook for 10 minutes on medium head.

5.Garnish with cilantro and serve it with some hot naan, roti, batura or bread. 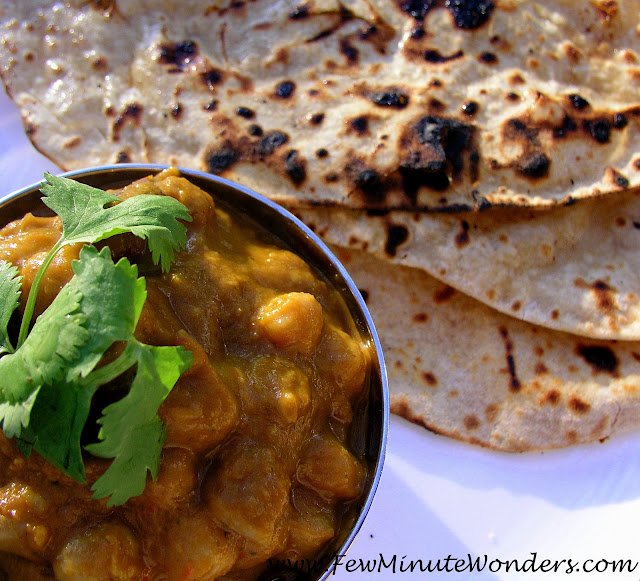