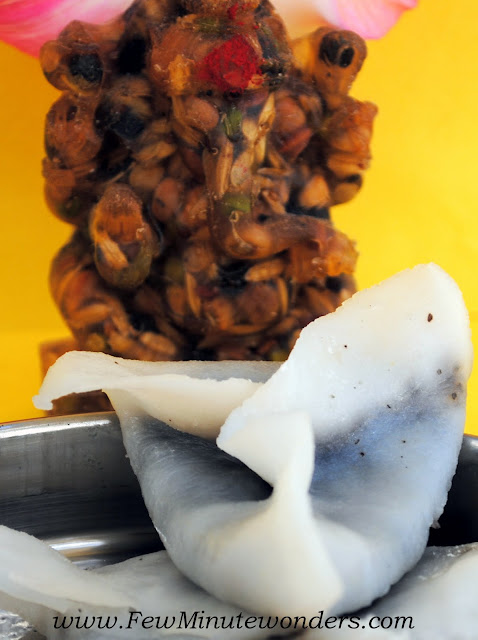 Vinayaka (a.k.a Ganesha) is known for his love for modhakum. During his birthday, sweets and savories filled modhakums are offered to him. Sesame seed and jaggery poornum/filling is commonly prepared during this celebration. Sesame seeds come in black and white colors. The one used for this filling is mostly made from back sesame. Modhakums take different shapes. The sesame seeds filled modhakums take the shape of Ganesha's  ears reminding us to hear carefully and use that information to make the right decisions.

The reason for making Ellu/Sesame seeds filled kozhakatai is because: Firstly, Ganesha is the one apart from Hanuman who has escaped the effects of seven and half Saturn. Myth has it that one day when Saturn appeared before him and requested that he effect him for seven and half years, Ganesha showed his back to him and asked him to write " Naalai Va" ("Meaning come tomorrow) and he would be ready for him then.. When Saturn showed up the next day Ganesha tricked Sani (Saturn)by showing this note on his back to him. So  every time he showed up at Ganesha's door, he was able to evade the power of Sani. Since, Sani or Saturn is assosiated with the sesame seeds it is significant to make this modhakum and offer it to Ganesha  to re-enforce his victory over Lord Saturn.

Secondly, healthwise sesame is good for fueling the brain and its performance and since Ganesha is all about wisdom and knowledge they are prepared to celebrate his day. 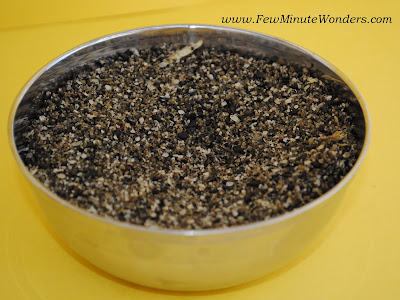 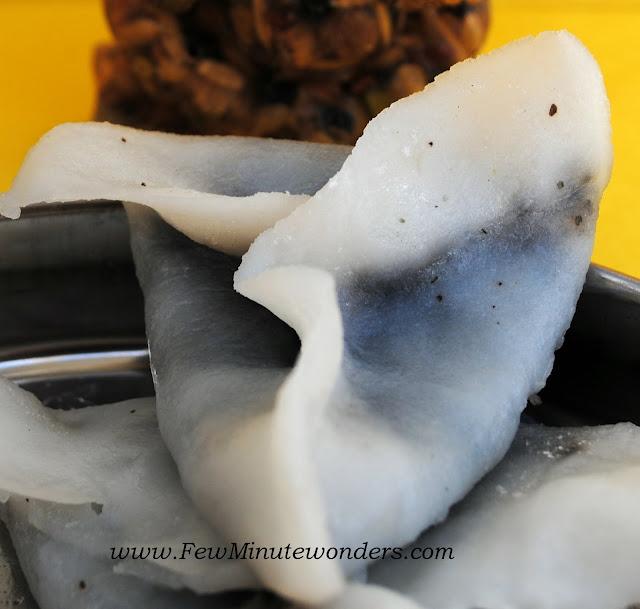 1. Soak sesame seeds in water and wash them well to remove dirt.
2. Pat dry with the towel and dry roast them in the wok on medium heat until they start to pop.
3. Cool and blend them into a powder with cardamon and mix them with jaggery or brown sugar.

4. Take a small amount of dough and make a smooth ball out of it. Maybe the size of a quarter.

5. Form a cup with the dough. The cup must have the dough evenly distributed thinly.

7. Seal the 2 edges of the cup mouth half way through.

8. Seal the cup mouth from the other edge and clip it half way through.

9. Seal the other opening of the cup mouth. It would resemble the ears of an Ganesha.

10. Steam the modhakum in a idli plate for 10 minutes until the dough changes color and looks transpatant. 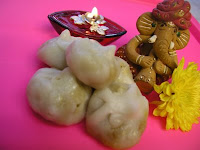